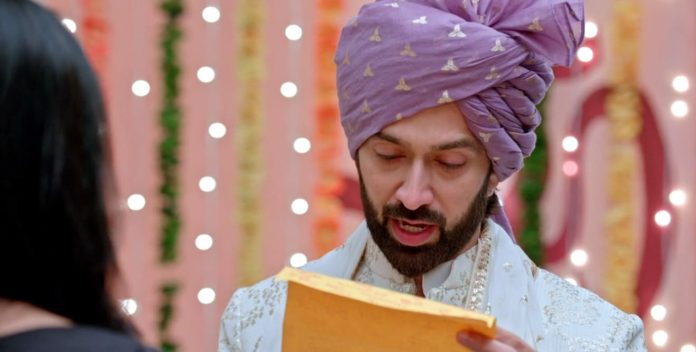 Bade Acche 31st October 2022 Upcoming Twist for Ram Priya explains Pihu that Ram always kept his promises, but she missed it. She tells that this time she will rectify her mistake and keep her promise to Ram, she will protect Pihu and him. Pihu agrees to go on a new adventure with them. Ram decides to give away all the property and business to Nandini and Shubham, on Priya’s word. Nandini confirms from the lawyer that Ram didn’t speak to him to make the business sharing documents. She doubts that Ram isn’t taking her threatening seriously.

Shubham tells that Ram isn’t taking their relations seriously, because Ram is also thinking they don’t deserve any share in the property. Nandini wants to make a strike directly without any wait. Vedika is glad that Nandini didn’t give up. She tells a plan to them, that they will also plan a murder just like Shashi and his dad had planned against Ram’s dad. Nandini and Shubham agree to the plan. They threaten Priya and Pihu about Ram’s life, and ask them to leave. Ram gets excited for his wedding with Priya. He waits for Priya at the temple, only to get a letter from Pihu that Priya took her away to go really far from Ram.

Nandini tells Ram that Priya has fled and will never come back, and this time they lost Pihu too. Ram cries emotionally while reading Pihu’s letter. He finds a firecracker sketch made at the bottom of the letter, and recalls his secret code to Pihu to use that sign to hint him about any possible danger. He recalls his promise of always protecting Pihu. He realizes that Priya and Pihu didn’t leave on their own. He can’t believe that Pihu left because she doesn’t want him to get separated from his family. He realizes that Pihu is in a big danger, so Priya is also missing from the scene. He rushes to find Priya and Pihu.

Reviewed Rating for Bade Acche 31st October 2022 Upcoming Twist for Ram: 4/5 This rating is solely based on the opinion of the writer. You may post your own take on the show in the comment section below.