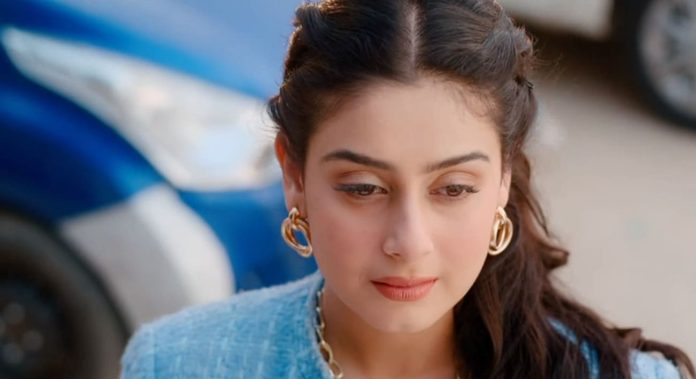 Udaariyaan 22nd November 2022 Update Jasmin returns Nikhil asks Advait to sign a cheque for him. He tells the urgency, that he has to pay the money to the designer. Jasmin keeps an eye on Nikhil and Advait. She has come to attend Naaz’s wedding, and learns that Naaz is marrying her aide Shamsher’s son Nikhil. She realizes that Nikhil is dependent on Advait for money, he asks Advait for money always. She doesn’t want Naaz to marry such a dependent person, who can’t give her anything. Mallika finds Ekam hurting himself in the fire of love. She stops his madness, concluding that she doesn’t want Nehmat to leave from their lives. She can see his immense love for Nehmat in his eyes. She asks him to consider Nehmat’s plea once.

She tells that Ekam didn’t forget Nehmat till now. On the other hand, Nehmat awaits Naaz at home. She learns that even Advait isn’t the culprit behind Jayveer’s suicide. She wants to find the truth about the person who posted the article from her side. She meets Naaz and makes an apology to her in a cute way. She apologizes to Naaz in front of the entire family. The family gets pleased seeing their fight ending. Naaz tells that she will forgive Nehmat on one condition, that Nehmat attends her wedding. The family is left surprised. How will Nehmat find Naaz’s truth? Keep reading.

Reviewed Rating for Udaariyaan 22nd November 2022 Update Jasmin returns: 3/5 This rating is solely based on the opinion of the writer. You may post your own take on the show in the comment section.