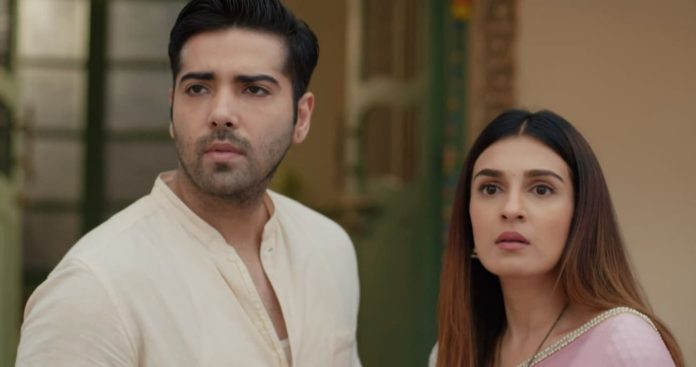 Pandya Store 9th December 2022 Chiku death news shocks Dhara Gautam learns that Chiku has fallen well. He comes home and informs Suman about Chiku’s illness. Dhara gets to hear this and runs to the locality to see Chiku. Shweta leaves Chiku alone for a while and goes to get some milk for him. Dhara finds Chiku lying alone under the cloth tent, and goes to take him. The locality people see Dhara taking Chiku and misunderstand her. Dhara hugs Chiku and cries. The people melt stones at Dhara, because of Shweta’s drama. Gautam hugs Dhara and saves her from the angry crowd. Dev, Shiva and Krish reach there and fight the people to stop them from hurting Dhara.

Shweta plans the drama to show the locality people that Dhara had come to steal her baby. Shweta gets too evil and plans to use Chiku to get money. She begs on the road to manage her living. Gautam feels bad seeing Shweta’s problems, but doesn’t offer any help, after Shweta blames Dhara. He feels Shweta doesn’t deserve Chiku, she cares the least for him. Shweta doesn’t change her heart just because of her hatred towards Dhara and Pandya family. Shweta shouts on Dhara, and asks her to leave. She threatens of ruining the entire Pandya family and bring them on roads. She has no money to get medicine for Chiku.

She steals the medicine and gets caught in the hospital. Shiva sees Shweta there. He gets the medicines for Chiku. He hands over the medicines to Shweta, but she throws it away in her ego. She doesn’t take their help. She vows to shatter their family by targeting their happiness. Later, Shweta reaches Pandya store and begs Suman to give money for Chiku’s funeral. She declares that Chiku is dead. Dhara goes mad hearing about Chiku’s death. She accuses Shweta for killing Chiku. She calls Shweta heartless. Shweta asks them to help her in conducting Chiku’s last rites. Dhara tells that she will not leave Shweta. She faints down by the shock. Gautam and Suman take care of Dhara. Is Shweta saying the truth or plotting something against the Pandyas again? Keep reading.

Reviewed Rating for Pandya Store 9th December 2022 Chiku death news shocks Dhara: 4/5 This rating is solely based on the opinion of the writer. You may post your own take on the show in the comment section.