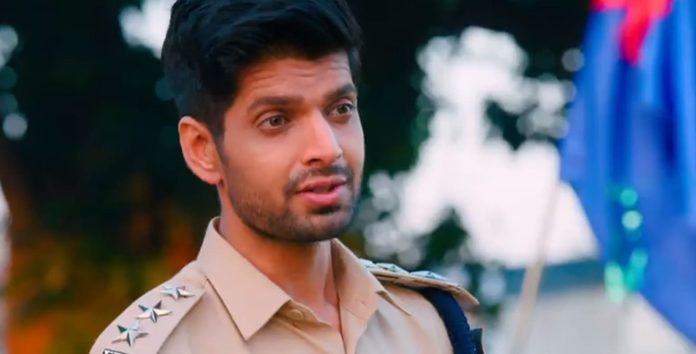 Udaariyaan 10th December 2022 Ekam ends ties with Nehmat Nehmat finally reaches Ekam, and finds him in a devastated state. She asks him the reason for his tears. She asks if he didn’t find Mallika till now. She tells him that they will together find Mallika, he need not worry, they will surely find her and take her to the marriage mandap in time. She tells him that Advait and his family are waiting for Mallika. She asks Ekam to just rush with her. Ekam doesn’t move. Nehmat holds his hand to take him, but he shoves her away. Ekam plays Nehmat and Advait’s pictures on the big screen, and leaves her shocked. Nehmat can’t believe the pictures, which prove Advait and her relationship.

She denies the truth as seen in the pictures. Ekam tells her that she broke his trust and proved that she never loved him. Ekam calls off Nehmat and his relationship, because of her assumed cheat. Ekam ends ties with Nehmat. He leaves her in tears, and also gets heartbroken himself. He asks Nehmat to go and marry Advait, because Mallika won’t come back. Nehmat gets compelled by Naaz and the family to marry Advait. She is left with no option after Ekam refuses to accept her love.

Naaz tries hard to convince Nehmat to marry Advait, by reminding her a promise to accept her decision. Naaz asks Nehmat to pay back her favor. She reminds how she had saved Ekam’s life from Nikhil’s wrath. Nehmat still gets adamant to speak to Ekam once. Ekam finally answers her call and asks her to meet him at the location he is sending. Nehmat informs Rupy about her meeting with Ekam. Rupy permits her to go and then take a decision regarding the marriage. Rupy tells Shamsher that Nehmat will come back and reveal her decision. Nehmat meets a shattered Ekam, who doesn’t reveal anything to her, until Mallika arrives and blasts her anger at Nehmat for the huge cheat.

Mallika accuses Nehmat for stealing Advait from her. She also rebukes the latter for cheating Ekam’s love. Nehmat struggles to prove the truth to both Ekam and Mallika who lose faith on her. Nehmat fails in proving her character pure. Mallika asks her to turn her illegitimate affair into a legitimate relation by marrying Advait. Mallika removes the engagement ring and declares that she has freed Advait for Nehmat. Nehmat asks Ekam to tell Mallika that she isn’t wrong. Ekam also reprimands Nehmat for the deceive and tells that he is dead for her from now. He tells that she has killed his trust and love, along with Mallika’s friendship. Ekam also asks Nehmat to marry Advait, because their relation is now over. Nehmat shatters after losing Ekam and Mallika’s faith.

Reviewed Rating for Udaariyaan 10th December 2022 Ekam ends ties with Nehmat: 1/5 This rating is solely based on the opinion of the writer. You may post your own take on the show in the comment section.