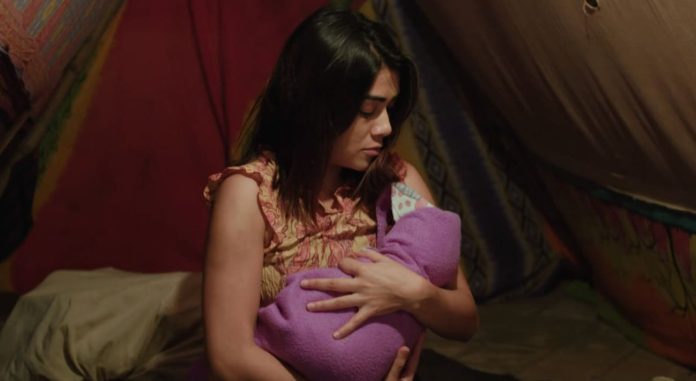 Pandya Store 12th December 2022 Shweta sells Chiku The people advice Pandya family to get Shweta home again, since she is on the roads and may fall prey to any wrongdoer. Gautam really wants to shelter Shweta and Chiku, but knows Shweta isn’t deserving to stay in the Pandya house. He finds Suman worried for Chiku. Suman insists him to find any way and get Chiku home, before anything happens to Chiku. Chiku falls sick, which leads to Shweta’s worry. Shweta takes Chiku to the hospital to get him treated, but doesn’t succeed in getting help because of lack of funds. She finds Chiku having high body temperature.

Shweta grows worried that something might happen to Chiku, if she stays outside in cold. Gautam meets Shweta to make a request to her. He asks her to give Chiku’s custody to the Pandya family. He begs Shweta for Chiku. Shweta asks him to stay away from Chiku. He asks her what does she want. She tells that she loves her child a lot, she loves Chiku, its tough for her to stay on the roads, Pandya house is the safest place for Chiku, Dhara loves Chiku a lot, Dhara won’t be called childless if she gets Chiku. She decides to sell off Chiku and secure her future.

He tells that he knows it well how much she loves Chiku, and how good she is as a mother, he doesn’t want to hear her nonsense, she won’t have any sorrow after giving away Chiku. He asks her to come to the point and demand how much money she wants. He knows she will accept the money by giving away her son. She proposes a deal and demands a whopping amount of 25 lakhs. Gautam gets angered seeing her heartless side and rebukes her actions for using Chiku to beg money.

She asks him what is he thinking now, doesn’t he have money, he warns a lot from Pandya store, he has many FDs, even Suman has much money. He asks her what would she do after taking 25 lakhs. She tells that its none of his business. He asks her not to waste Chiku’s childhood on the streets. She asks him not to embarrass him in front of everyone. Krish learns about Shweta’s demand. He goes to Shweta and reprimands her for selling her son. She asks him to go to police and get her arrested. She tells that if she gets jailed then she will also get Pandyas jailed, Dhara will remain childless all her life. She asks him to give some money for Chiku’s food. Krish feels hurt seeing her insane side.

Reviewed Rating for Pandya Store 12th December 2022 Shweta sells Chiku: 5/5 This rating is solely based on the opinion of the writer. You may post your own take on the show in the comment section.