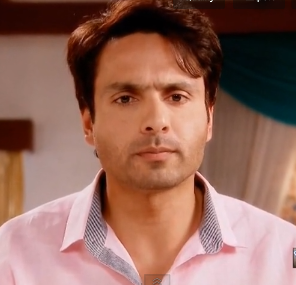 Currently, he is working as a main lead in Tumhari Pakhi – Intezaar Mein as Anshuman Rathore opposite Shraddha Arya. Their on and off chemistry is the main USP and reason for high TRPs of the show. He also appeared in Falguni Pathak’s “Indhana Mirwa” music video. Iqbal has a huge fan following.

Iqbal has also acted in Bollywood films Fun2shh – Dudes in the 10th Century as one of the main lead Vikram, Bullet Ek Dhamaka as Captain, and Unforgettable as Anand. Khan has also won Indian Telly Award for Best Fresh New Face (Male).

Mohammed Iqbal Khan was born on 10 February 1981 in Srinagar, Jammu and Kashmir to Mohammad Amin Khan and Mehmuda Khan. He did his schooling at Lawrence School, Sanawar, in Kasauli Hills, Himachal Pradesh. He married Sneha Chhabra in 2007, whom he met at a shoot of Falguni Patakh’s video album. They have a daughter Ammaara Khan born in September 2011.