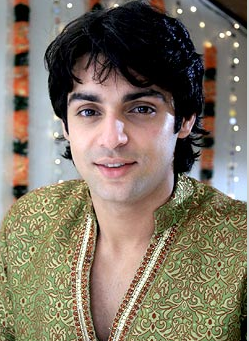 Karan Wahi, the heartthrob and dashing dude is an Indian television actor, anchor, and a model. He was the anchor along with Gautam Rode of the recently ended dance reality show Nach Baliye 6 where their anchorship was well appreciated both by the audience and judges of the show. He also hosted Nach Baliye 5 with Gautam Rode and is hoping to host the next season. He is famous for his witty humour and out of the box jokes while anchoring. Karan has also anchored many shows including Star Guild Awards, Nach Baliye Shriman v/s Shrimati, Indian Idol Junior, Star Parivaar Awards 2013 (Shubh Aagman) among others. Karan has a huge fan following.

He came into lime light and won many hearts as handsome Dr. Siddhant Modi in Dill Mill Gayye. His onscreen chemistry with Riddhima, aka Jennifer Winget, was well received by the audience and was the reason for the show’s high TRPs. He started his TV career via TV series Remix as Ranveer Sisodia and has also acted in Mere Ghar Aayi Ek Nanhi Pari as Rajveer Malhotra, Baat Hamari Pakki Hai as Ranbir Malhotra, Kuch Toh Log Kahenge as Rohan, Teri Meri Love Stories as Ritesh, and recently Sadda Haq as Kabir. Karan also has participated in reality shows as contestant in Mr. & Ms. TV with actress Purbi Joshi, Ritz Jeele Ye Pal where he was the winner, Jhalak Dikhhla Jaa 5 with choreographer Mohina among others shows. Karan has done many TV commercials like Conizza, Sunsilk, Spark Car, World AIDS Day, Minute Maid, Hair & Care Hair Oil, Cadbury and Toshiba laptops.

Karan was born on 9th June 1986 into a Punjabi Sikh Khatri family in Mohali, Chandigarh and brought up in Delhi. He completed his schooling from St. Mark’s School, Delhi. He also attended the IILM Institute in Delhi.