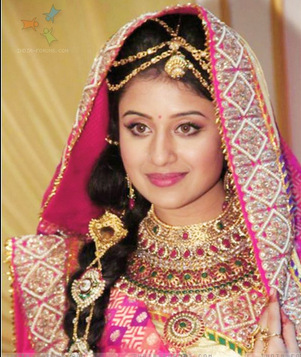 Currently, she is portraying as queen Jodha Bai in TV series Jodha Akbar along with her co-star Rajat Tokas as emperor Akbar. Their on-screen chemistry boasted the TRPs and is the main USP of the show. It seems producer Ekta Kapoor went through 7000 plus auditions before finalizing Paridhi for the lead role. She had to attend many workshops including horse riding and sword fighting for her role as Rajput princess Jodha. Her parents are very excited about her show Jodh Akbar.

Paridhi was born in Indore, Madhya Pradesh. She completed her Business Management degree from Prestige Institute of Management and Research, Indore and got her MBA from Pune. Paridhi is married to Tanmay Saxena, her college mate who is not from the entertainment industry. Tanmay lives in Ahmedabad and shuttles between Mumbai and Ahmedabad to spend quality time with his wife.