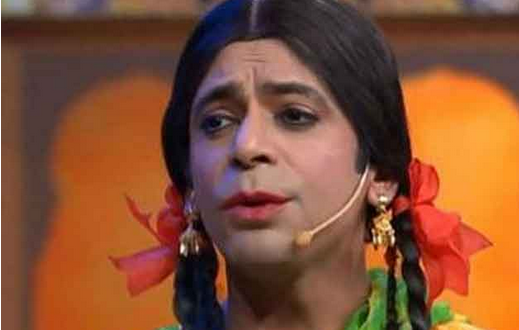 Sundays from now on will be rocking on Star Plus. Mad in India, a full on comedy show has taken the 9 PM IST slot on the popular Hindi channel. After Nach Baliye ended, the channel came up with two news shows, Ishq Kills being the another one. Saturdays got busy with all the serials becoming six days a week. So, Star’s kitty is full right now with good offerings.

Comedy show was definitely needed on Star Plus. About Mad In India’s promo, we saw a beautiful woman adorning herself with jewellery, who is none other than Chutki who made a mark with Comedy Nights with Kapil. Sunil Grover is the man in news these days. His comic timing, perfect acting and his ability to keep people glued are his USP. We need to see if it reaches to the level of Comedy Nights with Kapil. With so many promos airing very often, the show is gathering eye balls but whether it keeps its words or not has to be seen. The viewers can have some laugh with this show and get serious with Ishq Kills. Good move by Star Plus. Wishing both the shows a great start!