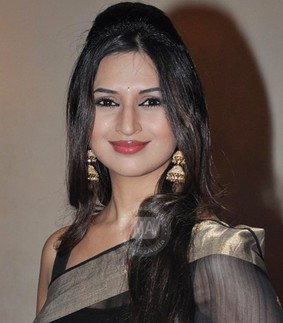 Divyanka Tripathi, the beautiful Ishita Iyer of Star Plus tele series Yeh Hai Mohabbatein is an Indian television actress and model. Divyanka started her career as a model. She won 2005 Miss Bhopal contest. She participated in Zee’s Teen Contest and won the Miss Beautiful Skin title. Divyanka then participated in Zee’s talent hunt show Zee Cinestar Ki Khoj and was declared a winner from the Kolkata zone.

Currently, Divyanka is portraying as Ishita Iyer in Star Plus’ Yeh Hai Mohabbatein along with her co-star Karan Patel as Raman Bhalla. Their onscreen on-and-off hate-love chemistry is well-received by the audience. Divyanka has a huge fan following. Divyanka has also acted in a minor role in film Lala Hardaul as Rani Padmavathi. She won Best Actress Popular award for her TV serial Bannoo Main Teri Dulhan in 2007.

Divyanka was born on 14 December, 1984 in Uchera, Madhya Pradesh and bought up in Bhopal. Her father is a pharmacist. She wanted to be an army officer. She completed a mountaineering course from the Nehru Institute of Mountaineering in Uttarkashi. She is dating Sharad Malhorta, her co-star from Banu Main Teri Dulhan.