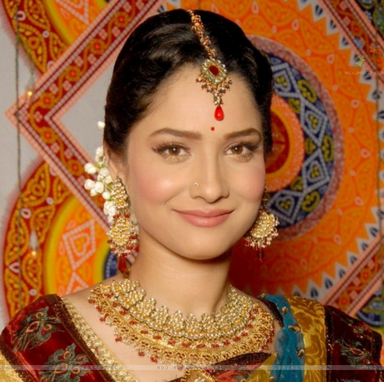 She came into limelight with her role in ZEE TV series Pavitra Rishta as Archana Manav Deshmukh opposite her would be real-life boyfriend Sushant Singh Rajput as Manav Deshmukh. Their onscreen chemistry was popular to such an extent that it won them many awards. Later, Sushant got busy with Bollywood movies and Manav Deshmukh’s role went to Hiten Tejwani. Ankita has made special appearances in TV series Punar Vivah and Sapne Suhane Ladakpan Ke as Archana Deshmukh and Ek Thii Naayka as Pragya. She has appeared in many reality shows including Zee Cinestars Ki Khoj as contestant, Comedy Ka Daily Soap as Guest Performance, Jhalak Dikhhla Jaa 4 as participant, Entertainment Ke Liye Kuch Bhi Karega as special appearance, Comedy Circus Ka Naya Daur as participant along with Kapil Sharma, Movers & Shakers Masala Markey as special appearance, Dance India Dance Li’l Masters 2 as special appearance.

Ankita has won many awards for her role as Archana Deshmukh.

Ankita was born 19 December 1984 as Tanuja Lokhande in Indore, India to Marathi parents. Ankita is living with her partner Sushant Singh Rajput in a Lokhandwala neighbourhood. Sushant proposed her on dance reality show Jhalak Dikhhla Jaa and she said yes.