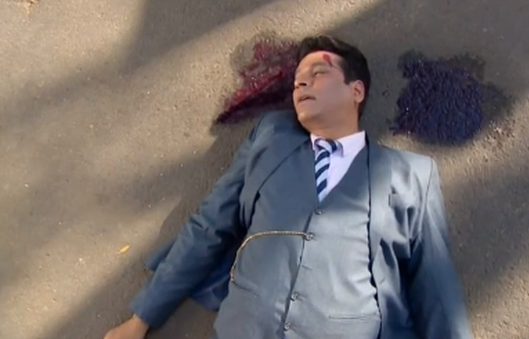 We have seen the turmoil between Saras and his father Laxminandan. While Laxminandan tries hard to get back Saras’s love, Saras is resolute and does not give him any moment of happiness. Laxminandan finally decides to leave from Ratnagiri and go back to Dubai. At that moment, Saras and Kumud are busy celebrating the Valentine’s Day. Saras comes to know by Kusum that Laxminandan left and is upset.

While Laxminandan is leaving for his airport, Kabir follows him and puts the nails on the road. Laxminandan’s car tyres gets punctured. He stops to check and is hit down by Kabir. Kabir says he won’t let Laxminandan die easily and drops a wounded and bleeding Laxminandan at the hospital. Everyone get the news of his accident and reach the hospital in a state of shock. Saras also comes to know about it and gets tensed as he has the fear of losing his father, just like he lost his mum. Saras loves his father, though he does not show. Will Laxminandan survive? This would now lead to Ghuman’s entry. We are waiting for her anxiously and will let you know about her soon. Keep reading.