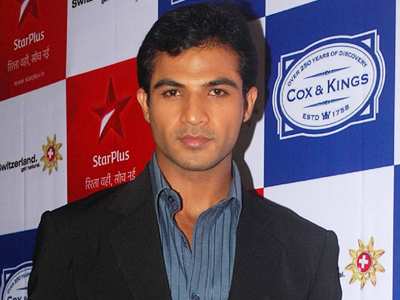 Mohammad Nazim, the handsome businessman Ahem of Star Plus TV series Saath Nibhana Saathiya is an Indian television actor and model. He is a multi-talented personality who has worked as personal fitness trainer, done modelling for Punjabi music videos, ramp walks, and much more.

Nazim started his acting career with an offer on Channel V where he worked for 2 days. He then did modelling for various advertisements. He then got a negative role in Star Plus TV series Shaurya and Suhani. He also did minor roles in CID and Aahat. He finally got a chance to act in TV series Saath Nibhana Sathiya as Ahem Parag Modi opposite Devoleena Bhattacharjee as Gopi. It gave him immense popularity and accolades. Nazim also did a Punjabi comedy-horror movie “Full Fukre” with Arjun Bijlani and Rajpal Yadav. If reports are to believed, he is doing an upcoming Hindi Horror film titled as Plot No 666.

Nazim was born on 1st January 1984 in Malerkotla, Punjab. Nazim has four sisters and one brother.