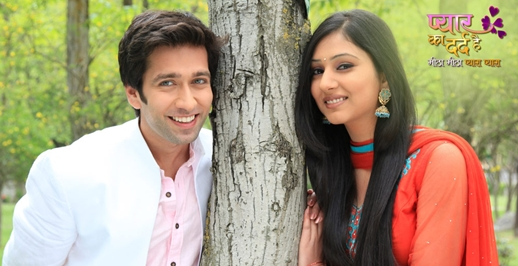 After the misunderstanding resolves in Deewan’s family before the IPO meeting, the family unites but Avantika still couldn’t forget Sheela accusations and takes a decision not to live in the Deewan Mansion anymore. Sheela apologizes to Avantika but the latter thinks it would be in the best interest of both of them if they stay apart. The show headed for a 6 month leap. Deewan empire is shown much grand as before. Rubel has become a successful business having sophisticated knowlegde. His thinking also improved as he thinks Deewan’s are trend setter. Payal is seen as a party goers type daughter in law while Pankhudi is seen as a simpleton like before, managing home affairs and ofcourse her Adi.

There will be no change in Adi as he still is a replica of his Nanu following his footsteps and values. In all these six months, Avantika didn’t step in the Deewan Mansion even once and started her own business. Preeti and Sameer have started handikraft business. There will be new entry as Mr. Dhanrajgir ( Apoorva Agnihotri), a successful business who is eager to marry his younger brother to Kaira Deewan. Anuj and family consider the proposal and calls him home. Mr. Dhanrajgir will be a negative character . He plans to take revenge from the family after marrying his brother to Kiara. So there will be more troubles coming up for Deewan family. Keep reading your favourite show Pyaar Ka Dard Hai.