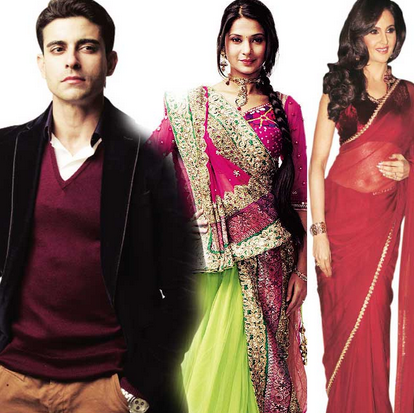 While Laxminandan is critical and everyone are tensed seeing his state, they come to know that Laxminandan was driving in drunken state. No one is able to believe it as they know Laxminandan. Kabir has mixed such drugs in Laxminandan’s blood by injecting him. The police confirms by the test reports that Laxminandan was drunk. Kabir is not charged in the accident and the case is closed. Vidyachatur says there is no one’s mistake in this accident.

Ghuman makes a amazing sounding entry shouting there is a mistake and its Kumud’s. While everyone are shocked to see Ghuman, we are happy that she made a comeback. (Her black saree looks awesome!!) Ghuman says Kumud and Saras are responsible for Laxminandan’s state.(We agree!!) Ghuman asks about Danny. It has to be seen how she reacts when she comes to know about Danny and Kusum’s marriage. We want to see more of Ghuman in the coming episodes. Keep reading.