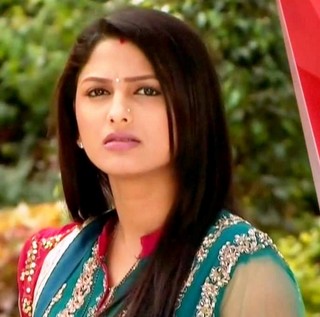 Rucha Hasabnis, the Shrewd Rashi Modi of Star Plus TV series Saath Nibhaana Saathiya is an Indian television actress. She started her acting career with a Marathi serial Char Chaughi as Devika. She then got a role in Star Plus TV series Saath Nibhaana Saathiya as Rashi Modi opposite co-actor Vishal Singh as Jigar Modi. Her role as Rashi Modi gave her much recognition and she was praised for her Shrewdness and scheming role along with her on-screen mother Urmila Ben. She won Star Parivar Favourite Naya Sadasyaa, Favourite Devrani, Best New Actress in Lead Role, Best Actress-Drama(Popular), Best New Actress in Lead Role, BIG television Dulara Character(Female), and Boroplus Gold Beautiful Skin of the Year awards for this role. She has also participated in Comedy Circus Ke Taansen as a contestant.

Rucha was born on 8th February 1988 in Mumbai, India. She did her B.Com from Vinayak Ganesh Vaze College of Arts, Science & Commerce (Kelkar College), Mumbai, and M.Com from Mumbai University. She got a job in Edelweiss, Mumbai after completing her B.com but had to leave it to cope up with her busy schedule which included her further studies and her acting assignment. Currently, she is pursuing Company Secretary course and has cleared inter with only 1 group of finals remaining.