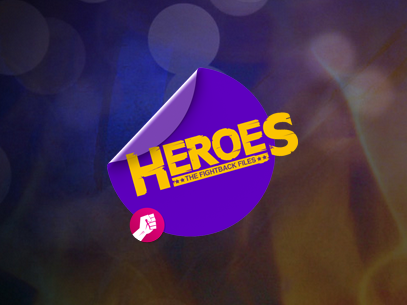 Sexual assault on women has become a common thing in India today. Channel V brings a show based on the real incidents of sexual abuse of women which is happening in various cities across the country. Heroes – The Fightback Files is a re-enacted drama series. Every woman has a hero within her, which she is not aware of. A woman always underestimates herself of her capabilities and strength. A woman has the ability to withstand bad times. If she is assaulted for a longer time, her strength to bear it breaks.

She feels the time has come to stop bearing the crime act on her and fight back. Thus, she brings out the hero within her and fights for justice. This is not a man’s world. A man should respect a woman who brings him in this world. If he does not, a woman better knows how to teach him that. This show brings you some amazing stories of strength, justice, heroism and courage which will shake your conscience and make you proud to be a woman. Women are not the weaker sex. It’s time to make it clear to the world. If it’s not now, then it’s never. The show is starting on Channel V from February 23rd 2014 every Sunday. Follow Heroes on our site.