Star Verdict is the show which has a take on the latest Bollywood movies. Anupama Chopra is the host. She talks about the three guests of tonight, the stars of the movie Highway. She also gives her review on two movies this week. Gunday and Fundri. 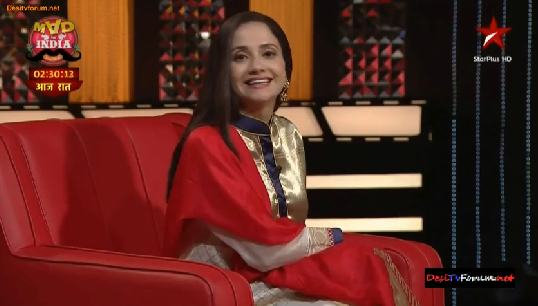 Gunday is not only a film, but also a love letter written to the 70s audience. It is a tribute to the 70s era, slow motion shots, eye signs, and Tashan. Ranveer Singh and Arjun Kapoor are two Bangladesh’s refugees who meet the crime world in their childhood. They are friends who turn rivals after the interval. The songs slower the speed of the movie. Gunday is a good film and Anupama rates it 3 stars only because of Ranveer’s and Arjun’s superb acting.

Another movie is Marathi award winning movie Fundri. Fundri means a pig, in this film the word is used as a bad thing and weapon. The story is about a Dalit boy whose family is impervious. The villagers are troubled by the pigs. His family has to save everyone by controlling the pigs. He knows his place in the society but falls in love with a rich girl. He hopes he wins her love. The director has narrated a heart touching story. The film did not have a happy ending. Still there is something that makes you smile. Fundri is not a popcorn cinema but a must watch.

Public talks about the review of Gunday. People like the movie Gunday and the acting of Ranveer and Arjun. Anupama says lets talk about Highway now with the stars and director of the movie. Randeep Hooda, Alia Bhatt and Imtiaz Ali. She welcomes them on Star Verdict. She asks Imtiaz about the Highway story which he kept safe for 15 years, then why did he take Randeep and Alia instead of big stars. 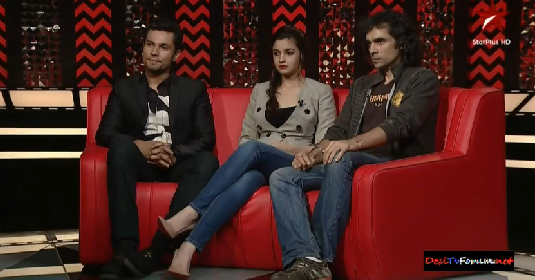 Imtiaz: When I decided to make this story, I met Alia and I felt my story will get an interesting perspective as she is young and has an emotional quality.
Anupama: What about Randeep?
Imtiaz: I wanted to work with him, he is a pure actor. He was suitable for this role.

Alia speaks about her character Veera. I relate to her well. My reactions were Veera’s reaction. The problem was when the shooting ended, I wanted to become Veera. Randeep says we are Jaat and the attitude required in the film was similar. I identify what my family background is. It was an interesting journey.

Anupama: Randeep you are in films since 13 years, and Alia from 2 years, is there anything in a new actor which a seasoned actor loses?
Randeep: Lack of planning, the character and its journey, people miss that. Your responses get trained. That’s beautiful to see in a new actor. If you see Alia and Veera, there is an openness and happiness in their lives.
Anupama: Did Imtiaz change with this film?
Imtiaz: This is such a film where we did not use any lights. My disadvantage is my few films have worked. I have many toys and weapons with which I will blow everyone.

Anupama says we will play a quick quiz now. She talks about the difference in cities Delhi and Mumbai, Randeep, Alia and Imtiaz answer her questions well.
Anupama: Choose any state from you want to live.
Randeep and Imtiaz says Kashmir. Alia says they can hang out together.

Anupama shares some filmi fundas. She says today we have five great Bollywood entries of heroes and heroines.
At number 5 is Ajay Devgan in Phool Aur Kaante.
At 4 is Aishwarya Rai is Hum Dil De Chuke Sanam.
At 3 is Salman Khan in Dabangg.
At 2 is SRK in Kabhi Khushi Kabhi Gham.
At 1 is Amitabh Bachchan’s entry in movie Coolie.
Anupama signs off the show with a sweet smile.