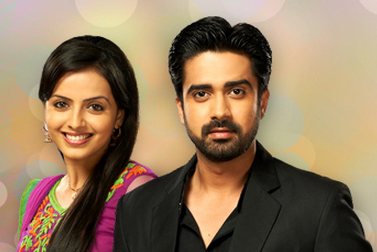 We have seen Astha trying to figure out about Shlok’s past. She asks Anjali about Swati, but does not get any answer from Anjali. Astha feels that she should herself find about Swati. She goes to Shlok’s locked room and sees Swati’s memories. Anjali sees Astha in the room and burns everything. Astha is spell bound. Shlok comes to know about this and is very angry. He asks who did this. In order to save Anjali, Astha takes the blame on her and accepts to bear Shlok’s anger as she does not want to increase Shlok’s hatred for Anjali.

Shlok tries to hurt Astha by ruining her parent’s souvenir, but later he gives it back to her making Astha think how good he is. Shlok and Astha decide to meet Jyoti. While they are on the way, Shlok sees a girl infront of his car running and assumes she is Swati. He runs after her to check. Astha wonders why Shlok is behaving like this. Astha becomes firm in her decision to bring out Shlok out of his past. Will Astha succeed in giving Shlok a better future? Keep reading.