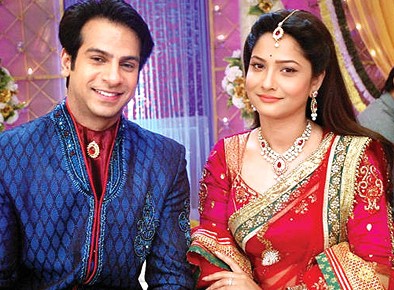 Pavitra Rishta is driving the attention of the viewers on the most sensitive issue of ‘Rape’. Earlier, we have reported about Raunaq raping Mansi on her sangeet day. The current track is focussed on the court case. Naren’s friend Shekhar is hired to fight the case against Mansi. Shekhar insults Ankita and Mansi during the hearing and raises a question mark on their character. He goes ahead and proves Naren as a mad guy. He tells the court that Ankita is a greedy woman who wants to make some quick money from Raunaq. Kinnari gives the testimony that Raunaq was with her on their wedding night. Shekhar requests the judge to dismiss the case as the motive behind Ankita filing the case is greed.

Ankita challenges Shekhar that she will win the case anyhow. She bashes him for proving Naren as a mad man and for disturbing his mental peace. She says, I won’t bear if anything happens to my husband and asks him to just wait and watch as she would be the one who will ultimately win the case. Shekhar doesn’t know that Ankita is the owner of Karmarkar’s assets and he believes Raunaq to be innocent. Ankita decides to go to her home and to be with Naren. She determines to win the case as it is about Mansi’s respect and self-esteem. Will Ankita be successful in proving Raunaq guilty? What will happen when Ankita goes to live at Naren’s house? Stay tuned.