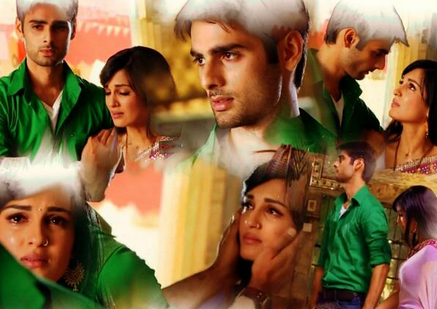 We have seen Ghuman shouting on Kusum seeing her sitting close to Danny holding his hands. She can’t predict that the family she hates has also donned Danny too just like Saras. She thinks Kusum is a clever girl and asks Danny to stay away from her. Kusum wants to tell Ghuman about her marriage with Danny, but Kumud stops her from giving any explanations. Its Danny’s birthday and Saras and Kumud plan a surprise for Danny where they will be making Danny spend some romantic moments with Kusum. Ghuman also plans a surprise for Danny. But she gets surprised when she sees Danny and Kusum hugging and closer.

Ghuman taunts Kusum about her character, that being married to someone else, she is with Danny. Saras can’t bear Kusum’s insult further and asks her not to talk bad about Kusum. Danny confirms this to Ghuman that Kusum is his wife and supports Kusum being her husband. Ghuman is left shocked and blames the Desai family for taking away both her sons from her and getting them married to their daughters cleverly as her sons are rich guys from a respectable family. Danny tells her that he loves Kusum and married her by his wish, no one has forced him to marry her. Ghuman slaps Danny for marrying against her wish and keeping her in darkness. Everyone try to convince Ghuman to accept their marriage and also tells her that Laxminandan have accepted this marriage. Will Ghuman accept Kusum as her bahu? Keep reading.