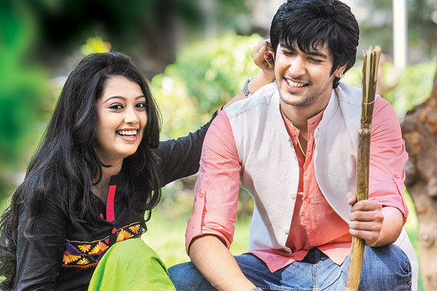 Gunjan, the high ambitious girl, who can do anything for getting success and making her dreams true. Ranvi loves her thinking she is still the same girl he fell in love in childhood. But he is mistaken, Gunjan has changed with time. Gunjan sees film shooting going on in her village and meets a production man Manoj. She agrees to do anything to get the heroine’s role. She lands up in the casting couch situation. Ranvi comes to know about this and rushes to save Gunjan. Manoj takes Gunjan to the vanity van.

Ranvi saves Gunjan in the nick of the time. Everyone come to know about Gunjan inside the vanity van and break its door. They find Ranvi with her. Baldev as a protective brother of Gunjan, misunderstands Ranvi and beats him. Ranvi ruins his name for saving Gunjan’s image infront of the villagers. He does not tell anyone about Gunjan’s stupid move. Veera wants to prove Ranvi innocent and makes Manoj speak out the truth. She meets Manoj as an aspiring actress and says she can do anything to become a heroine. Manoj gets drunk and tells her about Gunjan and how he took her to the vanity van. Veera gets Manoj arrested by the police and cleans Ranvi’s name. Way to go Veera!! Will Gunjan understand Ranvi’s love for her? Keep reading.