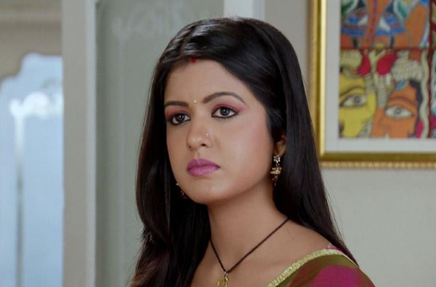 Poonam asks Shashikant to give her one month time to tackle the problem called Pooja which is causing trouble in Kanno’s married life. Pooja has trapped Jai in her fake love and is fooling him by her fake pregnancy. Jai is much happy to know that he is going to become a father. Kanno is shocked knowing this.

The entire family is shaken up when they see Poonam bringing Pooja to their house. Poonam starts supporting Pooja considering her pregnancy state and that she was going to commit suicide. Poonam wants to save the baby as it is Jai’s. Jai is thankful to Poonam for this gesture. Poonam signs Shashikant to agree with her. He understands her statements and announce that Pooja will be living in the Garg house. Pooja is glad that she finally made a place in the house with her pregnancy drama. What will happen when her fake pregnancy truth comes out? We think Poonam will find out about that soon.