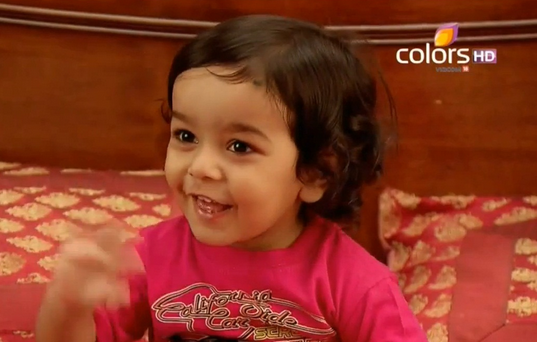 Ganga and Jagya’s life was going happily until one day they find out about Mannu suffering from blood cancer. Dadisaa asks Jagya to buy all the machinery and equipment which are needed for Mannu’s treatment. Mannu’s treatment starts with medication and chemotherapy but none of them proves to be advantageous for Mannu’s health. Mannu’s condition deteriorates day by day.

Doctor tells Jagya that bone marrow transplant is the last option to save Mannu. He tells that Jagya’s son Abhimanyu can be a donor. Jagya tells the doctor that Abhi is Mannu’s half brother so there is no chances of Abhi’s bone marrow matching with Mannu. Doctor says, parents bone marrow matches sometimes. He tells about the 25 % chances. Ganga asks him to take her bone marrow test.

Jagya gets shocked when he reads the report stating that Ganga’s bone marrow doesn’t matches with Mannu. Jagya gets emotional and hugs his son losing all hope of saving Mannu, while all the family look on shocked. Jagya tells them that Mannu’s bone marrow doesn’t match with that of Ganga’s bone marrow. Ganga gets shocked. She suggests Ratan Singh’s name as he is Mannu’s biological father. She says, only he can save him by giving his bone marrow to Mannu. Jagya and everyone get shocked. Will Ratan Singh agree to save his son? Stay tuned or keep reading tellyreviews.