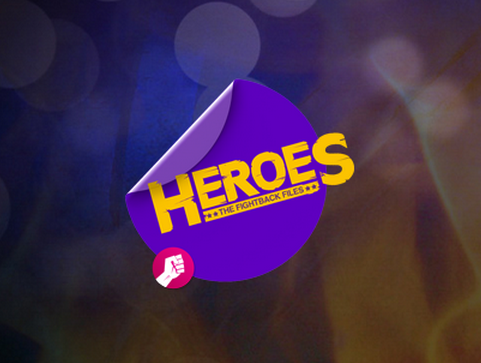 Anna, a 21 year old girl who used to bake and sell cakes. She was deaf and mute. She lived with her mum and her brother Alex. They shifted to a less rent place. Her mum scolds Alex for not doing any work and not supporting the family. Anna’s dad left her mum when she was 6 years old, she was the reason, he did not wish to bear any special child. Her mum took all the financial burden on her. A man helps them in shifting the house and arranging the items. He introduces himself as Shaun Decosta. Anna’s mum tells him that her husband does not live with them.

He asks Anna what does she do. Her mum says she is deaf and mute. He acted as a friendly neighbor who helped them. Her mum Rosy calls him for dinner to return his favor. Rosy lost her job. Shaun gives Rosy some hope to get a new job. Shaun was a bachelor and was getting friendly with Rosy. He used to pick up and drop Rosy for her job. They became a family. Rosy started trusting him a lot and Rosy gave him house keys. Few kids burnt fire crackers and Anna got hurt as she was unable to hear the sound. She meets Shaun. Anna’s leg was hurt and he took her to his house to do first aid. He does the first aid and asks her to come to him if anyone troubles her. He says he is her friend and started touching her. She ignored it. 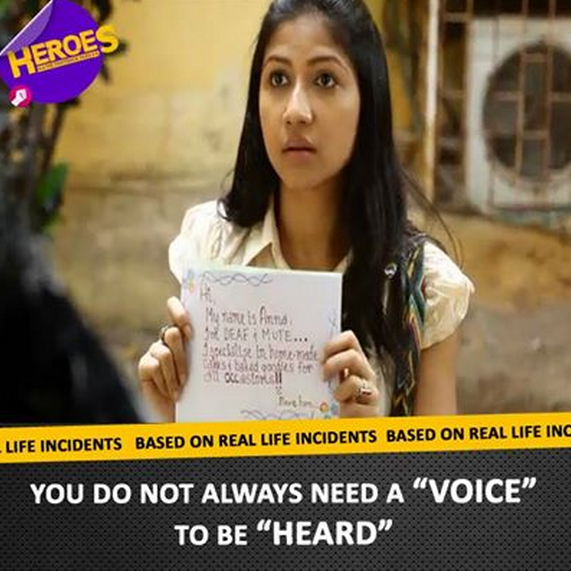 He comes her home in Rosy’s absence. He asks her to make ginger tea for him. She makes the tea and brings it for him. He shows her adult movie and asks her to feel it. He says you are 19 years and its about your age. He teases her. Rosy comes at the right time and Anna hugs her hiding everything from her. Anna sees Rosy happy with him. One day, she had a bath and forgot to take the towel. But she finds the towel in the bathroom. It was Shaun who entered the bathroom as its lock was damaged.

Anna decided to tell Rosy about Shaun. But Rosy tells her that he loves her and she loves him too. Anna is shocked. Anna used to keep distance from Shaun. Anna did not believe Shaun was misbehaving with her knowing Rosy is at home. She thinks what will he do when Rosy goes for work. Some days passes and Shaun changed, he stopped misbehaving, she thought she will not tell Rosy.

Shaun comes to their house to talk to Anna and Alex. He tells them that he loves Rosy and wants to marry her. Alex is happy and asks are you serious. Shaun says yes, and I need you both’s permission. Alex agrees happily while Anna could not hear anything. Alex signs Anna and she understands. She agrees and leaves thinking now maybe Shaun will change after marriage. Anna was sleeping one day, Shaun came to her and touched her. Anna wakes up screaming. Shaun misbehaves with her and she runs crying. She hides in a cupboard.

She came out after some time and she did not know where was Shaun and what was doing. She looked around and Alex comes. She tries to tell him but he does not understand. She thinks how can Rosy be happy with such a man who misbehaves with her daughter. Christmas night came and Anna was tensed as Shaun was eyeing her with bad intentions. Shaun comes to Anna and wishes her Merry Christmas. He says I have a surprise for your mum, this ring. He announces everyone a good news. She comes infront of everyone and writes Hi, I m Anna, deaf and mute. She then shows another note, Merry Christmas. She writes Shaun changed our life. She writes there is something which you all don’t know. 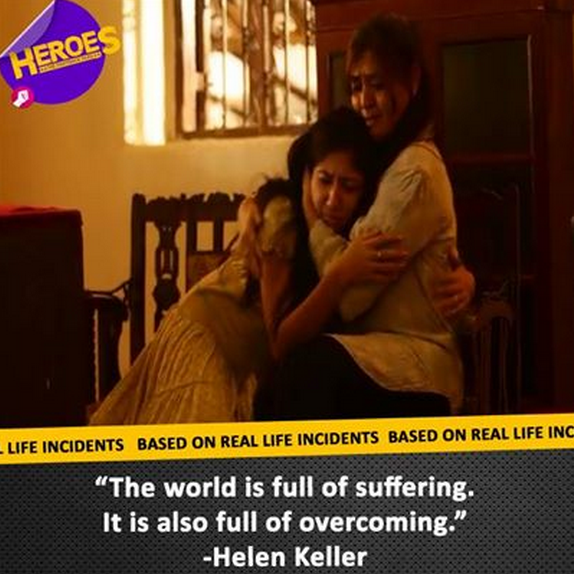 Shaun gets tensed. Rosy asks what. She signs her mum that Shaun is a bad guy, he misbehaved with her. She signs Rosy that Shaun has harassed her and cries. Rosy believes her. Alex and everyone cries. Shaun asks what is she saying, I don’t understand. Alex beats Shaun and says how did you touch my sister, Rosy hugs Anna. Rosy also scolds Shaun and says what did you think, if she can’t speak, you will do anything. Anna slaps Shaun. Anna kicks Shaun out of the house. Rosy is shattered and hugs Anna. Anna realized that differently abled person is not weak, no one can take advantage of them.

Rosy told Anna that she is her happiness and Shaun was not her happiness, he did not mean anything to her. She asks Anna not to hold herself responsible and don’t hide anything from her. Alex says sorry to Anna. They have a sweet family hug. Anna says everyone should go ahead on their own, she was her own hero and she was proud of herself. Shaun was kicked out of the colony. Anna opened her own bakery and lived a good life. Alex got a good job in Dubai and became responsible. Rosy got engaged to someone again and her relationship with Anna became more strong.