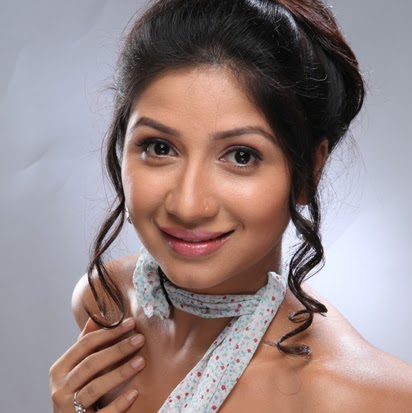 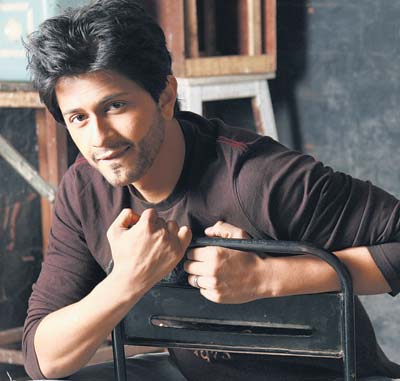 The story starts with Rohit and Simran speaking with their boss about taking leave early and gets approval. They are going for a party and going to meet Aditya – Simran’s husband. They reach the club and meet Aditya and apologizes to him for being late. Simran wants Rohit to come and sing with her. After some insistence, he comes with her and they sing the Yeh Hai Aashiqui title song plays and the lyrics are presented on a big screen. Aditya wants to go to another party and is upset with her. Siman leaves from there and Aditya comes out and speaks of feeling embarassed in front of others. She calls of not being a trophy wife and asks him to give her the rights of a wife. She speaks of things not working on and Rohit is also there. She doesn’t want Rohit to interfere and have a fight with Aditya. Rithvik Dhanjani (the host) speaks that Aditya and Simran have differences leading to that fight on that party night and later both of them realize they are not compatible and thus took a divorce. Aditya moved on but Simran didn’t since her self-confidence was very low.

The story moves forward by 2 years and Simran’s ex-husband Aditya comes to her office and meets her boss who is his friend. Aditya learns that Simran has left that office an year ago and got transferred to some other office. Simran’s boss informs Aditya that Rohit is also leaving very soon and Aditya is not surprised to hear it. Aditya speaks of how Rohit and Simran were always together and their friendship is very strong and thinks that they should have been married. He suggests that Rohit and Simran understand each other well. Aditya plans with his friend [Simran’s boss] and gets her back in the office. Simran is again introduced to Rohit by the boss. The boss compliments Simran and assigns her as part of Rohit’s team. Simran asks Rohit about his project and he informs that project is in prelims and she will be fine. She learns about her role in that project. He speaks of becoming the team leader one month after she left the office. He speaks of learning about the matter with Aditya and her. Rithvik (the host) speaks that Aditya wants to bring Simran and Rohit closer and wants to become the love hero for her.

Rohit and Simran are spending time together for their project and he looks at her while she is engrossed in herself. He goes to sit with her and take lunch and also proposes to her on going for dinner at their favorite place. She says no and he agrees to it. Later, Rohit seems bit upset with his project and he learns some essential info is missing. He is also angry with team members and even Simran since he has assigned her the role but she didn’t do it well. Their boss looks at the development and later he comes to Simran and informs her on meeting Indonesian client at the karaoke bar and she needs to go there with Rohit. Both reach there and are waiting for the client and soon Rohit gets a call from his boss that the client is not coming. He informs the same to Simran and she wants to leave but he stops her. Rohit speaks that he is not so rude and even Pasta is his fav dish. They take the same sauce and he asks her to go and sing since she always does at such events [Yeh Hai Aashiqui tile song plays]. He insists more and she goes on the stage and sings the YHA title song. Rohit joins her and swipes her tears and begins to have a ballroom dance. They get applaud from the people there but feel uncomfortable.

Rithvik (the host) speaks that Rohit and Simran were old friends and on that night Simran doesn’t give any wrong signal and even Rohit didn’t force on her. But now they feel uncomfortable and was unable to speak. Simran had a baggage of past and because of which she can’t forget our past and know about her future. She stopped talking with Rohit from that night but he wants to share his feelings.

Simran’s ex-husband and her boss speaks on how she is running away and they think she is in love with Rohit. They wonder whether Rohit knows that she loves him. Rohit takes her aside and asks why she is transferring from office. She speaks for better life and promotion and he speaks that all such things she will get at the same office. She gives unconvincing reply that all benefits and upgrades will happen after some years. He asks why she is running and she speaks of feeling uncomfortable. He asks why she is suddenly behaving like that. He admits things are awkward but suggests things are not easy for him. He speaks on loving her and knows on not doing wrong.She asks who will decide what is right or wrong. He insists her to tell whether she loves him. She gets more annoyed and leaves without answering. Rohit comes to some club and gets reminsced of some good moments he shared with Simran and his last words on asking her whether she loves him and her reply with much annoyance. Meanwhile, Aditya makes some plan to stop her from leaving the office. Aditya comes to meet Rohit at the club and asks what about his personal life, whether he wants to get married. Aditya asks Rohit whether he likes Simran and is he interested to marry her. Rohit doesn’t want to answer but Aditya asks him to speak on it. At Simran’s end, her boss informs on organizing a farewell party for her.

There is a surprise farewell party for Simran and she gets overjoyed with her colleagues greetings and cheers. Her happiness get lowered when she sees Aditya there with cake. Her boss comes and informs that Aditya has organized it all. She finds people coming and greeting her since she is going abroad and they introduced as Aditya’s friend and his mom. Simran feels annoyed with things around since they are calling her as Aditya’s wife. She goes out and Aditya comes and tries to explain why she is still stuck in the past and he has himself moved on. He asks her to focus on future and her future is with Rohit. She speaks of not being able to go on in a new relationship and suggests life is more complicated than building and terminating a software. He tries to give her confidence by suggesting one failure doesn’t give her the opportunity to decide and he blames himself for their marriage break-up. He asks why she is giving the punishment to Rohit. Moreover, he wants to see her live freely by forgetting the past. He asks her to accept the present and future and brings her back. She finds Rohit there and smiles. Simran and Rohit come face to face and he speaks of not concerning about her past and wants to say that he loves her. He confesses his love and proposes that he wants to keep singing with her in his entire life though he is bad in singing. He asks whether she also wants to sing with him. She gets teary eyed and accepts his proposal and both share a warm hug.. Everyone applauds and Aditya and others feel relieved.. [YHA title song plays]. The story ends on that happy note.

Rithvik speaks that Simran finally accepted her feelings and she doesn’t want to fall in love as she was a divorcee. He speaks that love just happens and doesn’t worry about society. Aditya turned to be a love and real hero in this story. Rithvik signs off by asking people to keep falling in love.