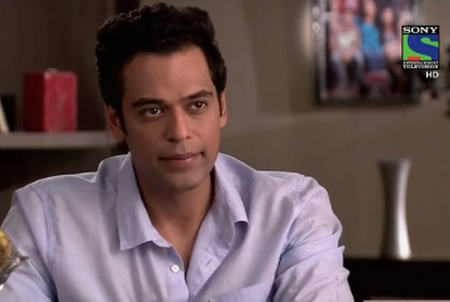 Pihu confronts Ram as she witnessed him with Priya. She bad mouths against her own mother and calls her witch. Priya is hurt to know about the hatred for her in Pihu’s heart. Ram consoles her and asks her not to mind Pihu’s words, but Priya can’t forget what she heard from Pihu.

Ram gets a call from someone and he decides to go Mumbai immediately. Priya was sleeping so he decides not to disturb her sleep and writes a note for her before leaving. Priya wakes up and finds him no where. She doesn’t see the note as it was taken by the house keeping staff while cleaning the room. Priya comes to know from the receptionalist that Ram has checked out from the hotel and left for Mumbai. Priya fears that Ram might be in some problem because of Pihu.

It will be shown in the coming episodes that the phone call was about the money which Juhi has withdrawn from Ram’s bank account by forging his signature on insistence of Mamaji. Ram will come to know about that someone forged his signature and that’s why he makes a quick exit from Delhi.

Pihu makes plans to separate them and will go to extra length to fulfill her mission but Rajat determines to unite the eternal love birds. He assures Cady and Vikram that he will unite them surely. Keep reading to know more on Ram and Priya’s front.