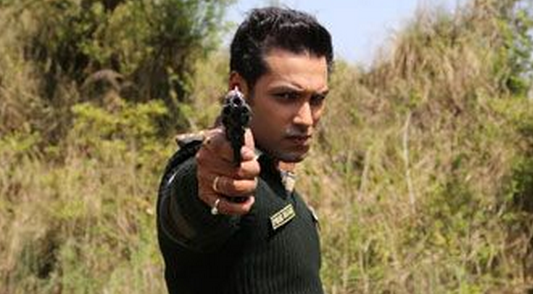 At the Gurudwara, Sameer’s Bebe asks Meher what type of guy does she want? Sameer or Purab? She says maybe you will say no to Sameer as he does not earn anything and is totally useless, but Purab has a decent job, earns his living and is a nice guy. She asks Meher to think about Purab and settle with him. Meher tells her that Purab has a small heart and he does not think about other’s happiness much as Sameer does. Sameer is far better than Purab when it comes to being generous. Purab is Sameer’s cousin and also childhood friend of Meher. His role is negative. He is a perfect man, a brilliant army officer and every girl wants to marry him, but Purab wants to marry Meher whom he loves since childhood.

Purab has a talk with his friend and tells him how much he loves Meher. That Meher is very special for him and he can die for her and kill someone for her. May it be anyone, even Sameer. Purab sees Meher and Sameer closer and gets jealous. He distances Meher from Sameer and gets angry seeing their strong friendship. He realizes that Meher shares a strong bond with Sameer which is not fruitful for him and his love. Purab plans to win Meher’s heart. Will he succeed or will Sameer fly away with Meher? Sameer does not even know the meaning of love, but it is also true that only he can keep Meher happy. Keep reading the interesting love track.