Theme of the Episode: Fight Stalking

Technology helps, but it is also risky. Use technology the right way for the right purpose. No girls are safe, don’t know who is watching them. Girls are timepass for guys, but it affects only girls. Arunima, a 23 year old girl shares her story when she shifted to Delhi to make her identity. She went against her parents and wanted a job in marketing sector. She went for many interviews. She did not any boyfriend and no friends too. She broke up with her boyfriend four years ago as he cheated on her. She gets a call from her dad and tells him that she did not get any job yet. He asks her to come back to them. She used to share her flat with Tripti. Next day, she sees a guy in her house, who was Tripti’s friend. Tripti’s boyfriend was Harsh, who was a nice guy but Tripti was cheating on him by dating other guys. Arunima did not tell Harsh about Tripti.

She goes to the shopping mall and is asked to pay by cash, not by card. She brings the cash by ATM, but she comes to know someone came and did her payment. She gets shocked as she did not know anyone in Delhi. She gets a note in the bag which wrote, she should change the color of her undergarments. She is stunned by reading it and did not know who would write such. She leaves from the mall. She comes home and thinks about the note. She gets 46 messages asking Are you awake and someone plays the horn. She looks out of the window and he writes Good to see you. She gets worried. 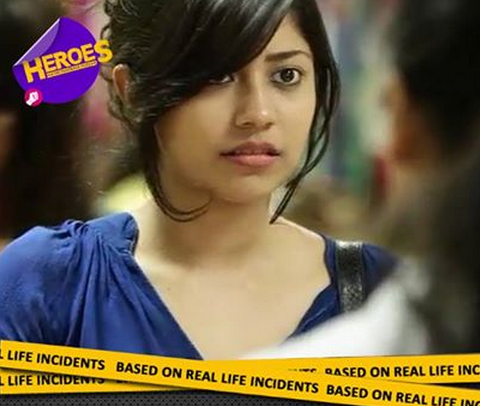 She looks at the car but can’t see the guy. She asks him who is he. He writes your lover, I am leaving now, but will come again. He leaves. She realized that someone is stalking her. She could not sleep all night, she was scared. She blocked his number. She gets a parcel in the morning. The delivery boy enters the house. She scolds him and tells him someone did like this before and I got him fired, I can get you fired too. The guy leaves. She hears someone in the house and gets worried. He was the broker of the house. She says two girls stay here and how can you bring someone else to stay here. He says sorry and leaves. She was doubting everyone.

She gets a packet at her door and checks it. It has her photos in short clothes, morphed pics. She is shocked and starts crying. He sends a note writing if you block my number, even then I will be always close to you. She did not understand who is he and why was he doing this. She talks to her dad and does not tell him anything. He tells her that good proposals are coming for her. She says I don’t want to marry, I want to build a good career. He says then find a good job soon. She ends the call and cries.

She burns her morphed pics. She thinks she has to be careful. Harsh comes to meet Tripti and tells Arunima that he will drop her. She feels safe with him and they go together. They have a talk. She tells him that she is worried. He shows her his car. She is shocked to see his car and thinks it’s the same one which she saw that night. He asks what happened. She says I don’t want to go anywhere and runs. She doubts on Harsh and thinks he is the one, why did he do this. She thinks she is confused and is getting mistaken, as cars can look same from far. She thinks Harsh can’t do this. She had her interview the next day and had to focus on it.

She comes for the interview and on the way, a guy gives her a note. He writes don’t compromise with the one who takes your interview as you are only mine. She looks around and is suddenly hit by a speeding car. Many people gather around her. She falls and can’t see anything clear. A guy comes closer to her and says don’t worry, I m with you. She is brought to her home and is sleeping. She wakes up and is shocked. She thinks about her accident and that man. She thinks how did she reach her home. She realized that feeling like she has been raped. She starts crying. 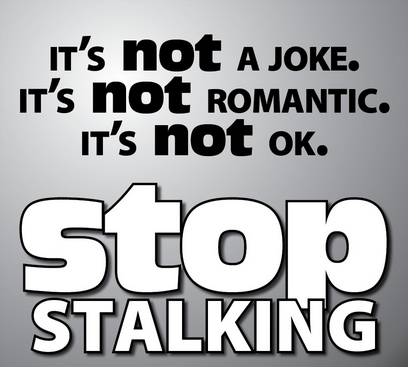 She did not know how he touched her and to which extent. She was unconscious and knew he took her advantage. She thinks that man has her home keys and only her broker that the keys. She calls the broker and talks to his wife. She comes to know that the broker is not in the city since one week. She thinks of taking police’s help. She gets threatened that if she goes to police, it won’t be good. But still she goes. She changes her decision as police will ask her parent’s details and will inform them.

She gets the stalker’s call. He threatens her that I will not leave you, see what I will do with you. She says you can’t do anything, as you are a coward. He says you have not seen my anger. She says then show me, lets see your guts. She thinks to take Harsh and Tripti’s help. She calls Harsh and asks him to bring Tripti and meet her soon. She meets them at a restaurant. Someone looks at her from far. Arunima tells them everything. Tripti says she is acting to get attention, its her problem, let her deal with her. Arunima says please help me, this is serious. Tripti says sorry for misunderstanding her and offers support. Arunima says I can’t go to police, else my parents will call me back home. She says I have a plan and tells them. She does not know that she is being watched.

She leaves her purse there and the stalker takes it. She comes back to take her purse but does not get it. She tells Harsh that it was her plan and its working. She wanted the stalker to take the phone and they can track him. Tripti gets a call from Arunima’s number. The guy tells her that he has her phone and now he will use it against her. Arunima says please give me my phone, I m ready to do anything. Harsh says we have got him.

They come home and see the location of her phone. They get the location and come to check at a restaurant. Arunima sees a guy and sees him with her phone. She tells Harsh that he is the one. They go to that guy and she gets shocked to see his face. He was Pradeep, delivery boy who lost his job because of Arunima. Pradeep says I love you, you made me lose my job and ruined my life. He says I decided to make your life hell, you made fun of my feelings, you insulted me, I will make your life a joke. Arunima slaps him. Harsh beats him and Pradeep runs from there. Arunima says I don’t want revenge, I don’t want anything, I just wanted to find out, now he won’t trouble me as we have seen him. She thanks them for their support. She resumes her normal life. After few months, she got a good job and Tripti became her best friend. Arunima is a real hero who has fought with her stalker.

Here is the sneak peek of this epsiode:
[youtube id=http://youtu.be/uq9TtsZVnlY] 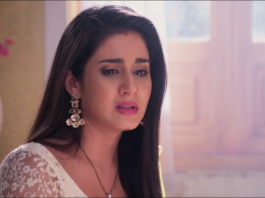