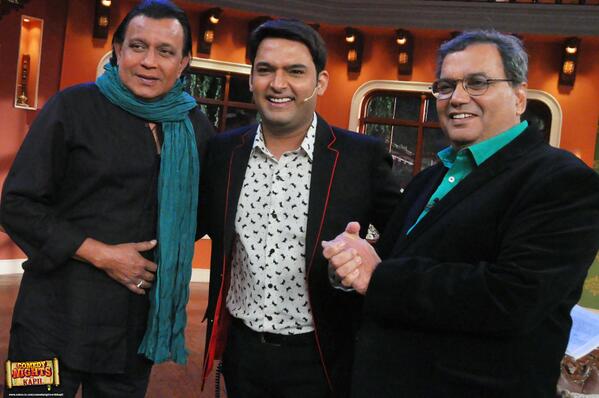 Kapil: says that Mithun Da has done MSc chemistry and because of this he has good chemistry with all his heroines..

Mithun Da: says that he has done BSc (bachelors) and also only the wives of actors looks for the chemistry.. 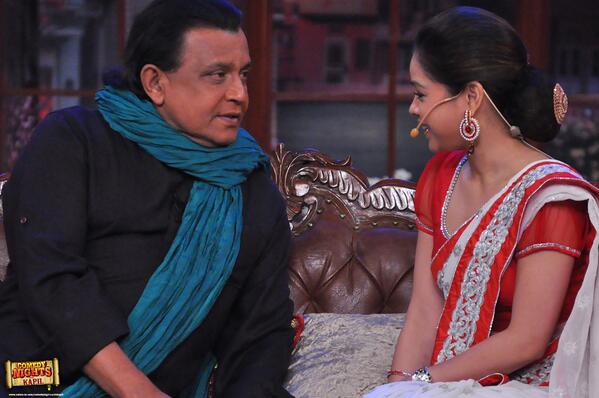 Kapil: speaks that Mithun Da has played a south Indian role of Krishna Ayer in the movie – Agneepath.

Mithun Da: replies by sharing an experience of the time when he used to live and share a room with a Keralite (Malayali). He says that once he slept on that man’s bed instead of a normal bed then that man has scolded him heavily in his native language (malayalam) and because of this he got the feel of the south Indian language and executed the role.

Palak comes in on Yaad Aaraha hain song and dances..

Bittu says that palak doesn’t have a neck thus she cannot be able to worn a jewellery. Then, a child comes on the stage and dances with Mithun Da and palak on the song – I am a disco dancer from Mithun Da’s movie – Disco Dancer (1982).

Palak wants to give a gift to the tutor-Mithun Da as a reward for his teaching of dance. She then cracks a dialogue of Mithun Da from one of his movie, the dialogue is – Kasam paida karne wale ki (Promise by the name of God).. 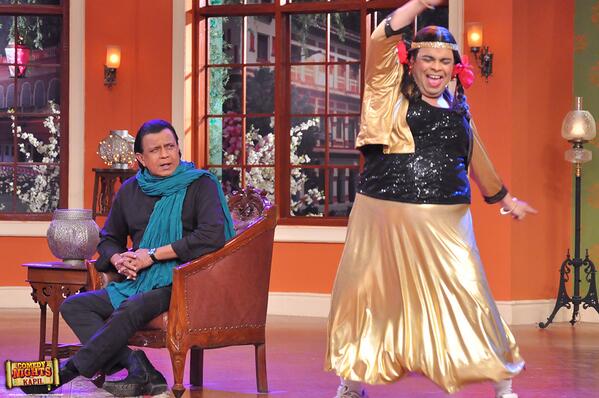 Daadi comes in with a bang on the song – Aaj ka apna pyaar nahi hain and starts to flirt with Mithun Da and touches him.. Subhash Ji and Mishti laughs on seeing this.. Daadi says that he became Dada and she became Daadi..She asks him funnily. How is he, Mithun Dada ?. He responds then, How is she, Daa-di ?..

Daadi enacts a scene with Mishti and Bittu gives a scene to them.. Daadi then enacts that scene from the movie Disco Dancer where Mithun Da is shown to go in a coma. Mithun Da acts like being in coma and unconscious.. Daadi dances on the song and then kisses Mithun Da as a result giving him Shagun ki Pappi which lead to mithun da becoming unconscious again..

Mithun Da, Subhash ji and Mishti are seen to be in a jovial, hilarious and happy mood on Kapil’s show tonight. Stay tuned to Comedy Nights with Kapil on Colors at 10 PM IST!

A Note from TellyReviews : Mithun Da is very popular in Russia and Ukraine from the time of his Disco Dancer days (1982), and in current time, one of his biggest fan is WhatsApp co-founder Jan Koum who has watched Mithun Da’s movie – Disco Dancer 20 times.