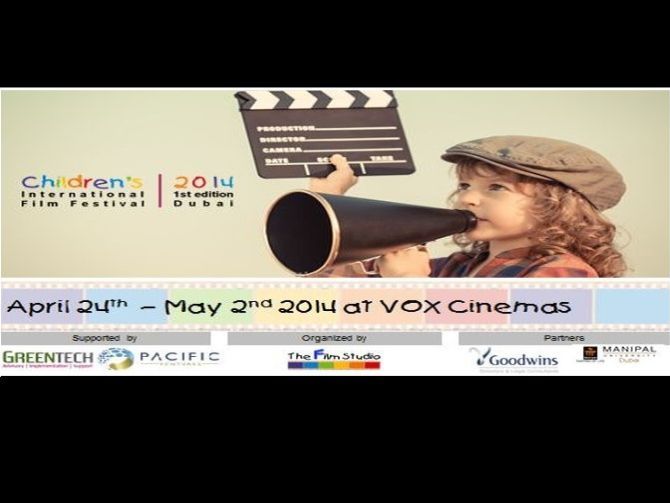 Children’s International Film Festival 2014 (CIFF 2014) is an annual event in United Arab Emirates (U.A.E) from 24th April to 2nd May, 2014. CIFF 2014 is a platform that gives opportunity to budding children who have interest in filmmaking and arts to create and showcase their own film at festival. It is a nation-wide inter-school filmmaking competition for children.

Note: Currently, the submissions for filmmaking competition are closed but still for those of you interested, it’s good to know about it for participating next year.

Apart from filmmaking competition for children students and adults, the event also showcases award-winning and inspiring films from all over the world in its International Films section category.