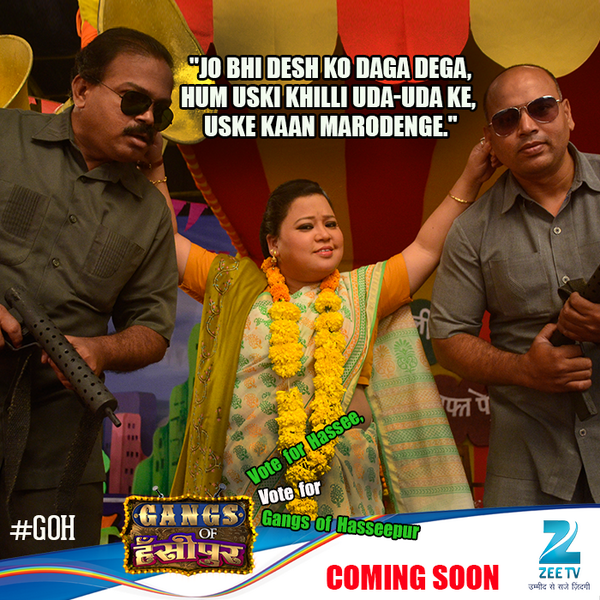 Gangs of Hasseepur (GOH) is a comedy show offering from Zee TV starting from 26th April, 2014. It will be running on Saturday and Sunday at 8 PM IST. The show boasts of comedy stars – Bharti Singh, Raju Srivastav, Suresh Menon, Krushna Abhishek and Sugandha Mishra.

The format of the show is stand-up comedy with a take on politics, societal issues, and other issues that common man faces in our country. With credible comedy actors, the show promises to be bring lots of laughter.

Ragini Khanna will be hosting the show and she is known for her good comedy timing and expertise, we expect Ragini will give us good laughter as well. The show is being judged by Tanishaa Mukerji and Mandira Bedi.