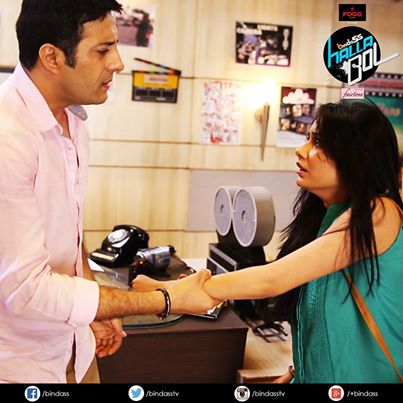 Karan Tacker speaks in the promo about the story – Nikita is a 22-year old girl who came to Mumbai from Chandigarh with the aspirations to become an actor. When Nikita praises a producer, Zoya her friend informs that she has heard very bad things about him.

Karan says that for the sake of Stardom, right and wrong were becoming thin and unseen. The producer is seen forcibly touching and harassing Nikita during their meeting and she is trying to shield herself.

Zoya is then seen speaking with some senior that the producer should be taught a lesson so that whatever he did with Nikita he will not repeat the same with any other girl. Zoya then goes to the producer acting as an aspiring actress which is her tactic to trap him and reveal his abuse to everyone. During the meeting with Zoya, the producer tries to do the same as he did to Nikita, but this time he is caught as media comes in with camera and catches him committing the abuse and crime. He is then arrested by Police. Zoya fought on the behalf of Nikita and said Halla Bol. Stay tuned to Halla Bol this Friday (9th May) on Bindass at 7 PM IST !