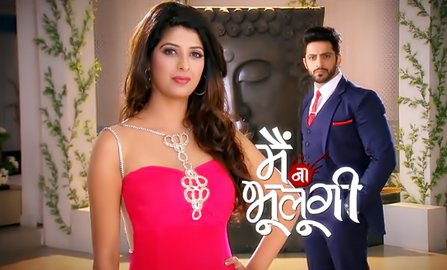 Shikha has entered Aditya’s life as singing sensation Samaira. Aditya happens to see Samaira’s pics with Neeraj and thinks he is Samaira’s enemy. He warns Samaira against Neeraj. Samaira gets alert and asks Neeraj to leave the city. Neeraj doesn’t agree at first, but later agrees on her insistence. Shikha tells him that she don’t want to lose him. Even though Shikha and Neeraj love each other, but doesn’t acknowledge their feelings.

Samaira comes to temple to meet Aditya. Aditya comes and holds her hand. He then tries to push her from the cliff, like the way he pushed Shikha. He asks Samaira about her relationship with Shikha and tells her about seeing her with Neeraj at the airport. Shikha takes his fake name Sameer Verma. Aditya gets taken aback and pulls her back.

Samaira tells him a fake story that she wanted to know about him and that’s why researched about him. She came to know that he killed his wife Shikha and Neeraj helped her by giving Shikha’s dairy. She tells him that she believes Avinash’s book now and breaks the relationship with Aditya. Aditya break down and cries. He tells her that he really loves her.

Later, Aditya takes her to some place and tells her that his wife Madhurima was behind Shikha’s murder. She urged him to kill Shikha after getting a child from her. He tells her the story that Mohanto kicked Madhu out of his house because of Madhu’s spoilt nature and her drinking habits.

Madhu came to know that she cannot become a mother and that’s why she hatched a plan to get a child from other girl to inherit her father Mohanto’s crores of property. She then convinces Aditya to flow with her plan and use an innocent girl Shikha for their selfish motive. Shikha/ Samaira will be shocked to know about Madhu being the real culprit. Will she forgive Aditya? Aditya is equally guilty of Shikha. Keep tellyreviewing…..