Sonali Bendre Behl starts the show and speaks that because of life we have problems and as we have problems then we do have the means and confidence to overcome them. But what if the problems are not seen, then ? Without having eyesight, Can you take on challenges and fight ? Sonali then introduces Kusum and tells that she is the one who is fighting all her life with such problems as she is blind (visually impaired).

Precap of the show provides an introduction of Kusum and how Drashti Dhami will live the life of Kusum and fulfill her dreams and also bring smile on her face. Sonali welcomes Kusum ji on the show who comes on the stage with help from her daughter Aarti Shivlal Dhamne. She is also accompanied by her son – Ramesh Shivlal Dhamne. Sonali welcomes her children. Sonali asks whether she will get her eyesight back? She informs that the doctors have informed her she cannot get her eyesight back since the nerve carrying blood has dried completely. Sonali then asks her, What is the difficult problem that she faces today ? Kusum ji responds that educating her children remains the top priority for her and the secondmost thing is to start her own business by opening a PCO (public call office) where she can sell cold drinks, water, soda, biscuits and can earn a living with that amount so that she can be self-sustained. Sonali then asks her, does she know about the format of the show ? Sonali then explains to Kusum that a celebrity will come to help her and will work like her and whatever money the celebrity will earn the show will multiply that amount by 100. Sonali then welcomes Drashti Dhami on stage and calls your favorite Madhubala. Drashti comes on madhubala song.

Sonali says that she is a top-actress of a daily soap and she is busy for the entire month, She says that the show was going to take a leap therefore she was busy but she managed to find time. She speaks that when she heard about Kusum’s story and the format, then she decided to participate and wanted to help Kusum. She answered in the first moment as she wanted to live the life of Kusum. Sonali shows an AV of Kusum Dhamne who after meeting with an accident lost her eyesight permaently. She now works a Nimbu-Mirchi seller and makes 250 INR per week and with this money takes care of her family. She responds to her detractors that she is only physically blind and not blind of her confidence and spirit. She can work more hard than even people who have vision. She makes 100 pieces of Nimbu and Mirchi and gets 12 INR for them. Her son Ramesh wants to take care of her in the same way that she has taken care of them. She wants to educate her children and help in buidling their career. Sonali asks her how does her husband died ? She says that her husband died because of fire. At the time, her children was very small and she used to make 25 INR and used to make 40 torans per week. She is talking about the year 2007, and she soon realized after the accident that she became blind. Kusum shows her approach to make the Nimbu-Mirchi piece which uses her fingers a lot as she is blind and also needs needle. Drashti dhami says that she is happy to work for Kusum and hopes to earn lot of money so that Kusum ji can start a PCO business and fulfill her children dreams.

Drashti goes with Kusum ji to work as Nimbu-Mirchi seller.

At 11:00 AM, Drashti will sell Nimbu-mirchi in Goregaon, Mumbai and starts her work. At first, she learns how to make a combined piece of Nimbu-Mirchi with help from Kusum ji. She makes one piece and makes more pieces. Drashti shares that before she didn’t believe on the prosperity of Nimbu-Mirchi but now uses them on her car and started using them once her car met with an accident. Now, her car is working fine with the Nimbu-Mirchi piece. She finds first customer and gets 20 INR by selling one piece to a taxi driver. She also charges for photograph while selling. She speaks on the good luck with Nimbu-Mirchi piece set. She talks on the charity and gets 100 INR from a man who is also a fan of her who takes a photo with her. She then finds a truck an sells one piece for 20 INR. She tries to negotiate with an auto driver and sells it for 20 INR. She charges 100 INR for taking photo with him. She now increases the price from 20 to 30 INR and puts one piece on a motor bike. Drashti puts the nimbu-mirchi piece as an earring for a young girl and makes the piece as a fashion accessory. 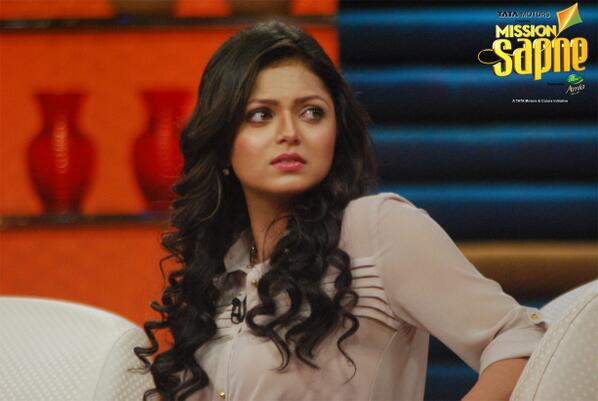 At 2 PM: She speaks in Gujarati and meets an old women who wants Drashti to dance with her on the Kajra Kajra Teri Kaare nana song. The old women grooves a lot with energy and even gets a photo with Drashti. She gets a 100 INR from the old women and calls her Kanjoos. She then finds a man in a BMW and negotiates for a price of 100 INR and gets one. At the traffic signal stop, Drashti meets Nigar Khan and Nigar later sent an amount for charity for Drashti. Drashti meets one old couple who asks her why is she doing this work instead of working in Madhubala ? She speaks a dialogue – “RK, Main Tumse Bahut Pyaar Karti Hoon”. She also make sure that the couple exchange love greetings as well.

At 4 PM: She has a plan to sell Nimbu-mirchi to a policewoman who works under a flyover and then sells one piece and even gets 10 INR extra. She then finds another traffic policeman and gets 40 INR. She reaches a beauty salon and convinces them to buy the piece and gets 100 INR by agreeing for a photo. Drashti is the only female celebrity on Mission Sapne. She sells one more piece at a footwear repair shop which was her last shop visit. Sonali speaks that from madhubala set to Goregaon, Drashti worked in hard conditions and her humanity has ended all the differences. Sonali asks her how does she feel to work as a Nimbu-Mirchi seller ? She talks on meeting a police-woman who even gave her 10 INR extra and thus paid her 50 INR. Drashti says that she became very tired and she says that she got 10 INR from a footwear repair or Mochi shop. Ramesh gives 11 out of 10 getting an applaud from audience, and Kusum’s daughter gives 100 out of 10. Sonali then speaks on disclosing the total amount earned by Drashti but before that she invites Ramesh and Aarti, and announces that net amount Drashti earned is 3,150 INR, and when multiplied by 100 the final amount comes to 3,15,000 INR. Drashti says that Kusum ji can open a PCO. Kusum ji says that she will first start a PCO and also educate her children. Sonali says that Drashti has given another vision to Kusum. Sonali signs off by saying – Mission will continue.. 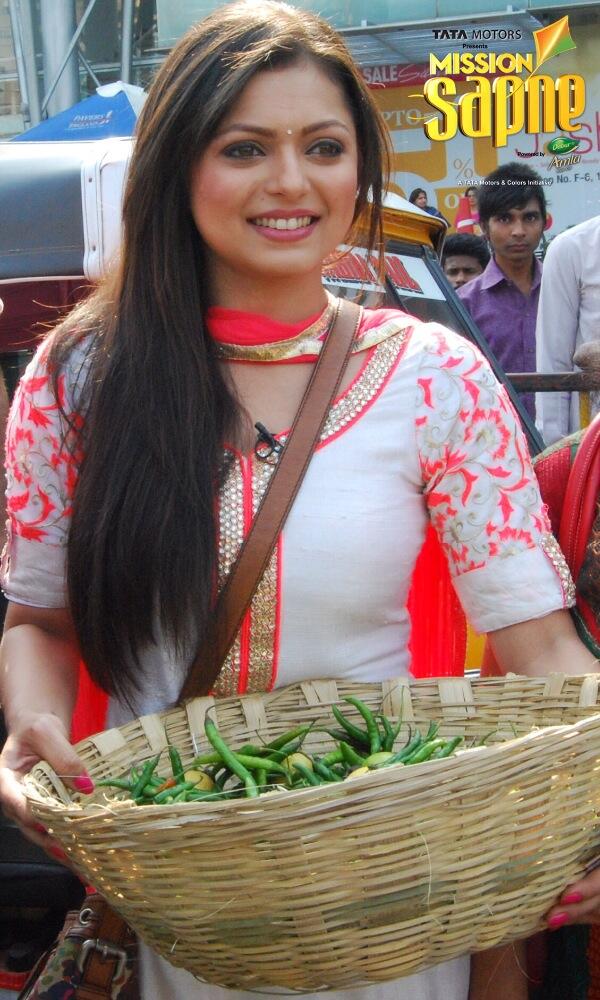 Next Week Guest: Karan Johar, blockbuster director/producer and actor [in Anurag Kashyap’s Bombay Velvet] will come on the show and will work as a photographer for one day to fulfill the dreams of Hemant Das.

* Nimbu-Mirchi: Nimbu-mirchi combination is used in India to ward off evil eye [called as Buri Nazar se bachna ke liya in Hindi] and is regarded as to bring prosperity as well.