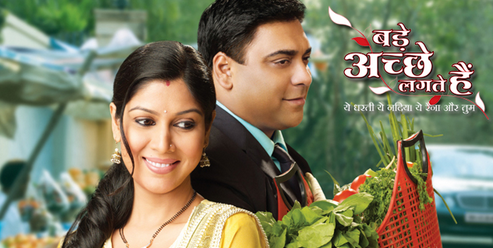 Ram and Priya had faced separation once again because of Sammy’s murder case. Ram was acquitted for Sammy’s murder. Priya was hell bent to prove Ram’s innocent. She gets a CD and comes to know that the murder was pre planned as the killer was wearing the glove. Later she gets the glove in Sid’s room. She doubts on Sid as he was after Ram’s property. Then she doubts on Sid’s son Khush.

She confronts Khush saying how can he framed the person who raised him as his son. Khush tells her that he didn’t commit Sammy’s murder. He tells her that he and Ram planned to transferred Power of attorney on his name to know the murderer’s next move. Priya gets relieved. Meanwhile Priya saves Pihu from getting attacked by someone. Pihu realizes her mistakes and shakes hands with Priya to save Ram. Khush gets happy and the trio starts the mission ‘Save Ram’.

In the previous episodes, it was shown that Suhani is the murderer and is feeling guilty for Priya’s problems and Ram being in Jail. She blames herself for troubling Ram and Priya and feels bad. She recalls how she killed Sammy in anger. Pihu reads Sammy and Suhani’s messages in Suhani’s mobile. She was shocked to know that Sammy sent a message to Suhani asking her to abort the child and be with him. Suhani threatens to kill him if he continues to come closer to her.

Pihu tells Priya that Suhani is the murderer. Priya doesn’t want to blame anyone without any proofs. She tells everyone that she got a proofs against the real murderer. Suhani gets shocked. She will try to get the proofs from Priya’s room and gets caught. She will reveal to everyone that she killed Sammy. Everyone get shocked including Khush, who dreamt of marrying her. She will be sent to Jail with her unborn child and Ram will be freed from all charges. Will Priya forgive Suhani? Will Khush marry her in future and accepts her child? Keep reading.