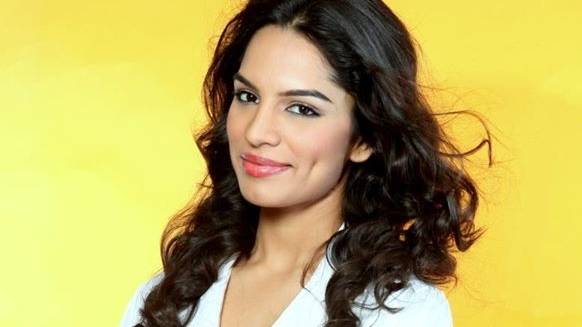 After Abhi’s talk of Alia and Purab’s marriage and even with Daadi’s approval, Alia visits Purab’s office. She tries to flirt with him and then wants him to wear the bride-groom Sherwani which she brought for him as a present. Purab becomes uncomfortable with her request and shows his annoyance. He suggests that he has to talk with her more elaborately and suggests that they speak at some other place. Alia goes away from there with anger and frustration. While, Purab wants to speak with Bulbul about Alia but he decides to first explain about his love for Bulbul to Alia in a good way so as to not break her heart and friendship.

Meanwhile, Bulbul comes with Pragya to her office and arranges a talk between Purab and Pragya while she goes away outside. Purab speaks with Pragya and says that he loves Bulbul dearly, and also informs her that he has seen poverty as well in his life. He wishes that she ask any question as he can answer them all truly. Pragya speaks that she is happy with him and his love for Bulbul can be seen in his eyes, and also suggests that she is ready for their marriage. Around that time when Pragya is seen speaking with Purab, Alia comes there and thinks that Purab is in love with Pragya. She takes a photo of Pragya on her mobile as she couldn’t recognize her but thinks that she has seen her somewhere in Mumbai. Alia treats Bulbul badly outside Purab’s office by hitting the car to her scooty and also speaking rough language though she doesn’t know Bulbul. Later, Bulbul comes back to the office and before leaving with Pragya hugs Purab and in return gets a – I love you message from Purab who again speaks about his love for Bulbul bringing much delight to her. 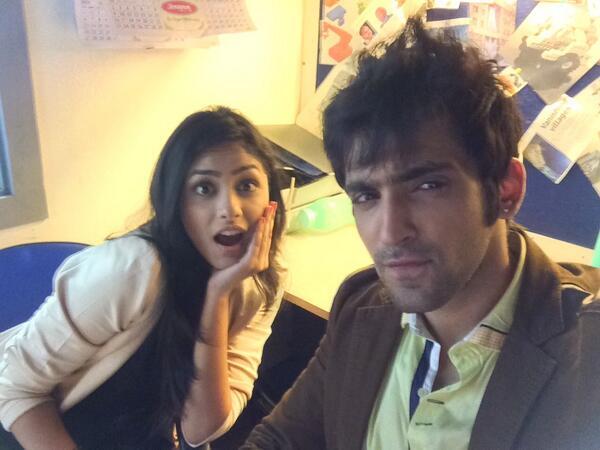 Alia goes home and again looks at Pragya’s photo and realizes that she was the same girl who spoke bad things about Abhi in-front of the media. She wants to teach Pragya a tough lesson so that she will never think of love again. Soon, Purab comes to her home and before he speaks anything, Alia speaks that she knows that he is in a relationship with some girl as it is evident from his mannerisms, body language, and attitude. But, she insists that she will win him over the other girl. She calls his love as a fling, and he responds strongly that he truly loves her with full heart and not a fling as she suggests. Alia becomes worried and nervous on hearing Purab’s words. On a different setting, Abhi and Pragya continues to have chance meeting and they meet at a jewellery shop. While, Pragya came to buy a jewellery set for her marriage, Abhi came to pick up the jewellery which his Daadi has ordered. They meet as the mangalsutra falls down on the floor, and both Abhi and Pragya bends down to pick it up, and it turns out that Abhi picks it and in the process, Abhi and Pragya collide with brushing their heads. Abhi first speaks why is she following him ? Before leaving, he speaks that now he got interests to meet her often. [Allah Waariya.. song playing in background]

Thus, as of now Alia is mistaken that Purab loves Pragya, and Pragya is the same girl who has defamed Abhi before, and also knows that Purab is madly and truly in love in Pragya. With no option left, she decides to arrange Pragya and Abhi in a relationship so she would be able to win Purab as all the road blocks will be clear for her then. First, she speaks with Daadi about Pragya as Daadi always wanted a decent and suave girl for Abhi, the one who can bind the family together, and Alia forwards the case of Pragya. Daadi after seeing Pragya’s photo would be delighted and happy as she has seen Pragya’s goodness and helping nature on many occasions and will be agreeing for Alia’s suggestion of Pragya as a suitable bride for Abhi. Alia then goes to her brother and in a teary voice discloses that Purab loves Pragya, and requests him to marry her as Daadi has already given her nod, and most importantly if he marries her, then she can win Purab as pragya will not be in his life anymore. Alia is defiant to bring Pragya as her sister-in law and Abhi consoles and gives her support potentially giving her the assurance that he will think on her proposal.

On the other end, Suresh is battling his feelings for Bulbul, and his friend Arvind is still not convinced that he is doing the right thing as he thinks that Suresh will make Pragya unhappy in future as he cannot shower much love to her. On one occasion, when Bulbul asks Suresh whose mehendi is better – Pragya or her ? Suresh hesitantly replies Pragya’s one and on earlier occasion, he became jealous after seeing Bulbul with her boss-Purab. Pragya’s Mami Sweety learns that Suresh loves Bulbul and not the neighborhood girl which she was thinking before. For Sweety, this revelation came from Suresh’s notes (for Bulbul) thrown in his dustbin. She goes straight to Bulbul and informs her about Suresh’s love for her and not Pragya. Bulbul becomes shattered and cries as she thinks that Suresh has done much damage to Pragya. After a while, Purab who came to meet to speak about Alia, couldn’t speak about it since Bulbul was in tears and not coming to terms about Suresh’s matter. She goes on to ask Purab whether he will love her genuinely and doesn’t leave her, Purab responds that he loves her and will not leave her under any circumstance. Suresh comes close to their place, and feels shattered and jealous in seeing the couple together. As shown in the upcoming preview, Bulbul will confront Suresh directly after coming home, and Suresh who was shattered a while ago will speak that he doesn’t love Pragya, and this will be heard by Pragya who becomes stunned and feels a big loss.

In the upcoming episodes, it is suggested to be shown that Pragya will break off her engagement with Suresh as he would be disclosing his love for Bulbul in-front of everybody (thus, Suresh would not be able to keep his feelings for Bulbul inside and will burst out and share his feelings openly). Pragya is again heart-broken and also now needs to provide support to Bulbul as she might be feeling sad with Suresh’s revelation leading to her sister’s marriage break-up. Stay tuned to KumKum Bhagya on Zee TV @ 9 PM IST (Mon-Fri).

Promo: Alia insisting – Abhi to marry Pragya for the sake of her relationship with Purab
[youtube id=http://youtu.be/CKTq1kSy3P4]