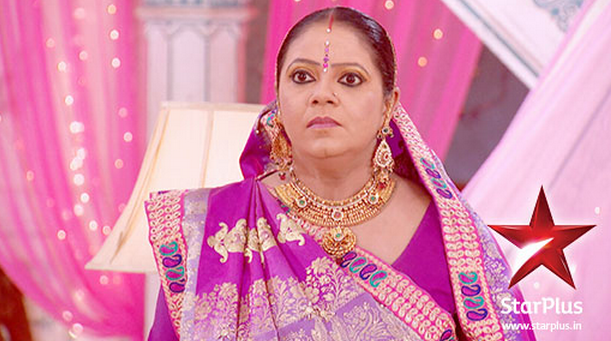 The most powerful character on the TV screens right now, Kokila Parag Modi, is acting so silly that it’s weird!! She lost her partial memory, fine, this is acceptable, but isn’t this foolish to believe that her entire family is willing to kill her, even this can be acceptable knowing Kokila is going through much stress and will believe what she sees. But the most silly part is Kokila runs away from home like a coward, where did her strong character go? How can makers make her run instead of fighting for her rights, for her life and her children. Kokila left her children too for saving her life. Children are more than life for a woman!! This was not expected from a great mother like Kokila.

She should have stayed at home and found out the truth, instead of believing anything. She even doubts on her husband, does she trust her family only to this limit? Her role in the show was that of a woman who can’t see anything wrong happening, seeking justice, supporting only the truth and punishing the culprit even if it’s a family member. Her traits have changed and now it looks like she isn’t Kokila anymore. We request the makers to make Kokila bold as before and make her fight her own struggle.

Her family looks for her everywhere, but fate brings Radha and Tripti to her. Rashi hears Radha’s voice and looks for her. Tripti sees her and cleverly hides herself and Radha from Rashi’s sight. They catch Kokila and take her somewhere to kill her. Is she not enough for them to push them and save her life, instead of going with them as they hold her hand and drag her. Even when Tripti attacked her at the temple before, Kokila would have given her red and blue right there at the temple and take Meera home with pride, but instead we saw her running away with Meera to save her life. We know such scenes are shown to drag the story, but character should not have opposite variations.

Looks like Kokila is no more our solid queen of the show, and has become a miserable and help seeking woman, who wants a savior to come for her. Its high time now. Radha and Tripti’s sin pots got full and its time it breaks now. Radha and Tripti will finally be exposed.Hope to see good scenes of Meera, Gopi and Ahem saving Kokila and throwing that spiteful Radha and Tripti to jail Those two should be hanged to death for all their crimes. We just wish to see Kokila back in bold form and administering the Modi house. We really miss to see woman power in the show. Don’t just show always the vamps winning over, it leads down the viewers’ hearts. The show needs to balance out and not drag the track more!! Leave a comment if you have any opinion on this show or this post!!