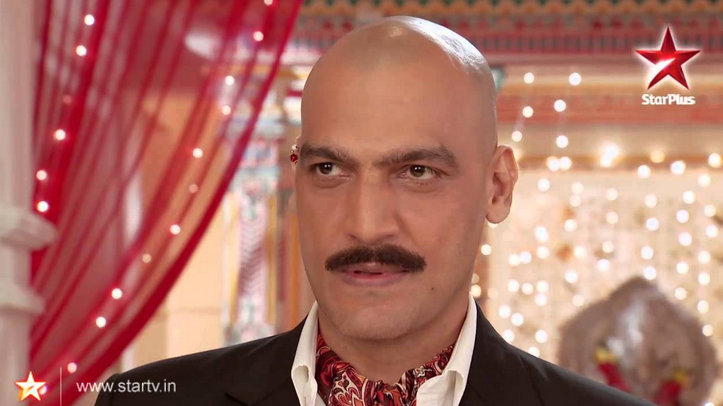 Astha talks to Vinayak Kaka who tells her about Anjali’s likes. Astha decides to make Anjali’s day special by taking her out and spending the time happily. She acts like she is ill and needs to go to the doctor urgently. Anjali takes her but Astha clears that she was just acting to bring her with her. Anjali does not get angry and smiles instead. The women have a great time, having corn, doing shopping for what their heart says, and visiting Anjali’s parents. Anjali buys some baby frocks for Jyoti’s daughter as she has dreams to see her soon. Astha asks her to do what her heart says.

Anjali’s happiness shoots up when Astha takes her to her parents and they make her favorite have food by their hands. Anjali cries happily and this is not the end. The women come home and Jyoti tells them that Niranjan came home early and was asking about them. Astha’s plan has once again did not take the right flight, and she gets tensed. Niranjan waits in his room for Anjali to come. Anjali goes to him and is scared of the result. He stays ready with his new found love, his leather belt, after losing the wooden stick!! He scares Anjali showing it off to her. He asks Anjali where the hell was she all day, and that too without informing him. Anjali gets some guts this time and answers him that she was with Astha. Niranjan, who has already decided to bring a change in Astha’s life, by making Shlok busier and not give time to Astha, now thinks his decision was right. He thinks to teach Astha a tough lesson, to tie her feathers in limits.

Niranjan asks Shlok to manage his institute work from now on, as he has given all his life and wonderful years to this institute. He has not seen Anjali’s face for months, and did not even spend time with his children, just dedicating all his golden years in his work. He asks Shlok whether Astha will support him, as Anjali did. Shlok is confident about Astha and says yes, she will understand me, and will sacrifice our relation for the sake of this institute. Shlok agrees to take up the work, which will make him stay away from Astha. Niranjan is glad and thinks he hates Shlok and Astha being a happy and understanding couple. Even the pandit at Kalindi’s home, tells them that Astha has to face some tough problems now, but she has to deal with them being composed, else it can go against her. Will Niranjan’s move create some major problems in Astha’s life? Maybe only for a while, as we know our smart Astha, she will be playing Tabla on his bald head soon!! Keep reading.