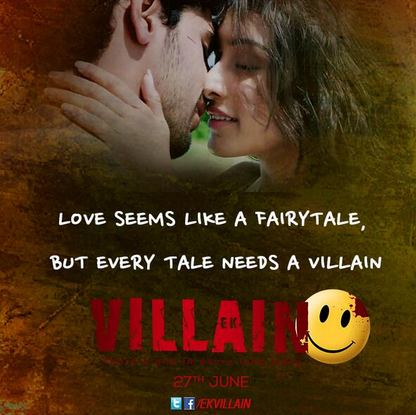 We have been hearing about the serial killer news in the show all through this week. Mrs. Bhalla, who considers herself very beautiful, lost the chance to be abducted, as Ishita is the lucky one. Ishita goes downstairs to bid bye to Vandu and Bala, and just then she gets an emergency call to treat a patient. Raman asks the guard about Ishita and comes to know she left with a man who was covering his face with a hood, and has the smiling face made on the jacket’s back. Raman thinks of how he has cursed Ishita to be captured by the serial killer, and get tortured as she is the one who tortures him day and night by her lectures and taunts. He thinks that serial killer is really dangerous, as he tortures the women by using screw drivers/stones/sharp weapons, pulling off their nails, troubling them and then killing them for his mental pleasure. Raman really gets worried and rushes to find her.

Raman reaches her clinic to find her, and sees blood on the floor. His patience ends and he panics. Just then, he sees the smiling face jacket man and catches him. While the track was planned for the promotion of the film Ek Villain, as our smart Ishita also told Raman of PRs using such publicity for their films. While Raman got swayed by this news, Ishita was not at all afraid of that guy, who came to her for a dental treatment. Siddharth and Shraddha will find Raman very loving and concerned about Ishita, and will compliment her to have such a doting husband.

While Ishita already knows this, their relation needs love to blossom. So, our angry young man Raman, who turned into a calm and humble man these days, but not got rid of his taunting habit, will be saving Ishita by the so much hyped serial killer. It will be great to watch. Don’t miss YHM’s today’s episode guys!! The film is releasing this Friday, 27th June 2014, we can catch this up if you like to see. As of now, enjoy TellyReviews’ selection for you to sit back and relax for a while!! Watch the film to find out how Siddharth manages to win over the real villain of the movie Riteish, who is the serial killer in the movie. The movie trailer looks good, and songs really awesome to hear. We wish all the best to the stars of Ek Villain – Siddharth Malhotra, Shraddha Kapoor and Riteish Deshmukh, and also the team behind the movie!!

* Ishita and Raman will perform at SPA 2014 on the Ek Galliyan song and it will be an aerial act.
[youtube id=http://youtu.be/x-ItyvDCgr0]