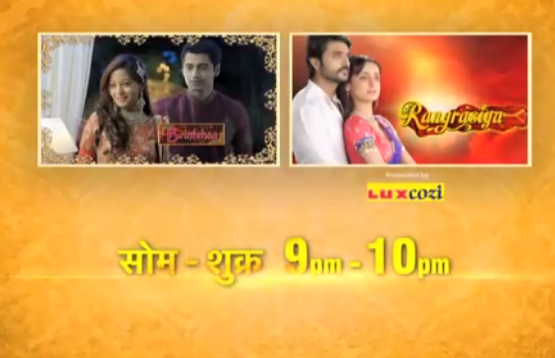 In Beintehaa, Surayya is using Zubair to create a rift between Aaliya and Zain. She asks Zubair to lie to Zain that he is very much close to Aaliya, and tell such stories which can drive Zain crazy and make him hate Aaliya. She tells him that this Ramzan should be the last one for Aaliya as Zain’s wife. Surayya writes a love message in the greeting card and asks Zubair to keep it in Aaliya’s room and make this known to Zain, so that he can read it and get furious. Zubair agrees to do this and he goes in Aaliya’s room, he keeps the card and drops the alarm clock to wake up Zain. Zain sees him and asks him what is he doing here. Zubair says he brought a thank you card for Aaliya and asks him to read it too. Zain goes back to sleep and does not read it. Aaliya comes and Zain tells her to see the card which Zubair kept. Aaliya does not get time to read it. The car finally reaches Rehan, who reads it. He is shocked to see Zubair’s love confession for Aaliya. Zubair does not know what Surayya has written in it. He just wants to pay her off by this act and get free.

In Rangrasiya, a mystery man has entered the show, who is trying hard to harm Paro. Paro goes to the market and he drives a bike towards her. He gets closer and throws acid on her face, but she gets saved. Rudra starts taking good care of her and also tries to find out that criminal. Paro is loving Rudra more than ever. The mystery man takes a step ahead and enters Rudra’s house. He meets Paro while she is swinging in dark. He gets closer to her and says happy Teej Paro. Paro smiles thinking its Rudra, but a door opens and Rudra walks in saying Paro. Paro looks at him and is shocked. She turns to look at the mystery man but his face is not shown. Who is trying to harm Paro? Is he her first husband or anyone related to him? Watch the special episodes of Rangrasiya and Beintehaa only on Colors!!