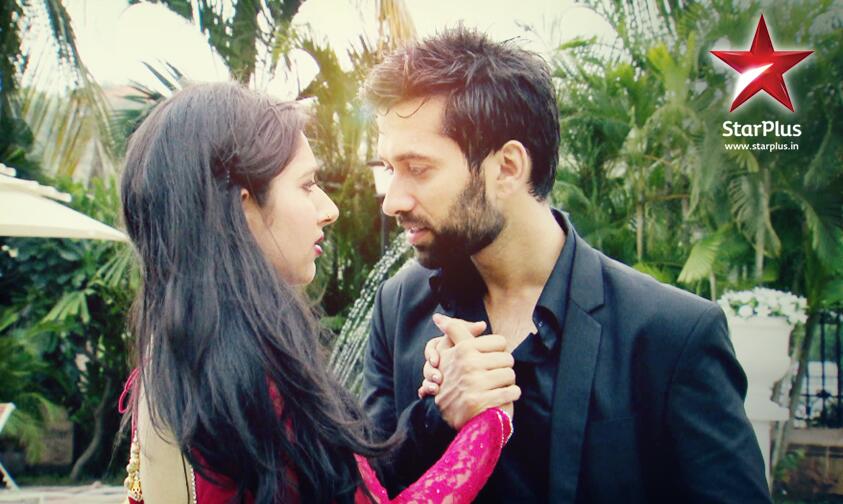 Adi starts missing Ayesha and calls her out for medicines. Then he realizes she is gone and might be at the airport now. He calls her and comes to know from someone else that Ayesha is getting ready for the photo shoot at Arif’s bungalow. Adi rushes to Ayesha thinking she might be in any problem, as she left her London flight. Adi meets Ayesha, while she is done by the shooting. He asks Ayesha the reason of her stay back. She confesses her love and feelings for him and he is stunned. This is just her imagination and she lies to him that she came back for her mum Nilofer, not telling him that she came to hide the truth of Pankhudi’s death which would have broke Adi.

Before this scene, Arif has asked Ayesha to do a photo shoot, after which he will give her all the proofs of Pankhudi’s death. She agrees and Arif signs Jackie to keep the cameras in the changing room. Jackie is reluctant but agrees. Ayesha goes in the changing room to get dressed in the modeling outfit and Arif is all smiling as he has captured it and made it an MMS. He uses the MMS to blackmail Ayesha asking her to marry him else he will ruin her modesty. Later on, Adi comes across Pankhudi’s pic among the Kullu’s dead victims list and is shocked. Will Adi be able to help Ayesha in the MMS scandal? Will Ayesha see Arif’s real face? Keep reading.