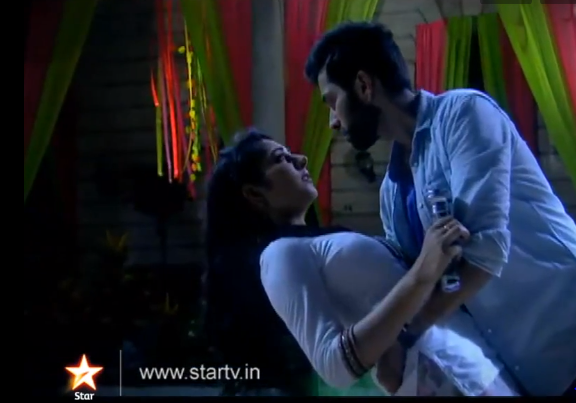 Arif has gone cheap by making vulgar pics of Ayesha published in a fashion magazine, where she is seen wearing revealing clothes. Diwaan family was shaken seeing it, as the pics defamed their beloved bahu Pankhudi Kumar, Adi’s wife. While Ayesha denies that she did not do any cheap modeling and Arif has framed her, Sheela and Payal did not believe her. Seeing Nilofer’s ill heath, Anisha Nani asks her to stay back till everything gets sorted out and Ayesha’s name gets cleared. Nilofer is angry on Ayesha for missing her flight and going to Arif.

Ayesha and Adi walk to Arif to confront him about this cheap thing. But, Arif denies everything. Though Arif confesses his dirty act infront of Nafisa and threatens her not to name him, else he will frame her in this matter. Nafisa gets tensed and is genuinely worried for Ayesha, as this matter can ruin her entire life, and then no good guy will marry her. The elder sister suddenly turns positive and pleads to Arif to let Ayesha go, but Arif wants to make Ayesha’s state miserable so that she has only Arif to marry and no one else. Arif wants to marry Ayesha, just because he does not want to lose to Adi. But Arif’s plan goes in vain, as Adi decides to marry Ayesha and give her his name. Will Nilofer agree for this inter-religion marriage. What will Arif do now? Will he move on or stick to the couple to create troubles for them? Will Adi fall in love with Ayesha? Keep reading.