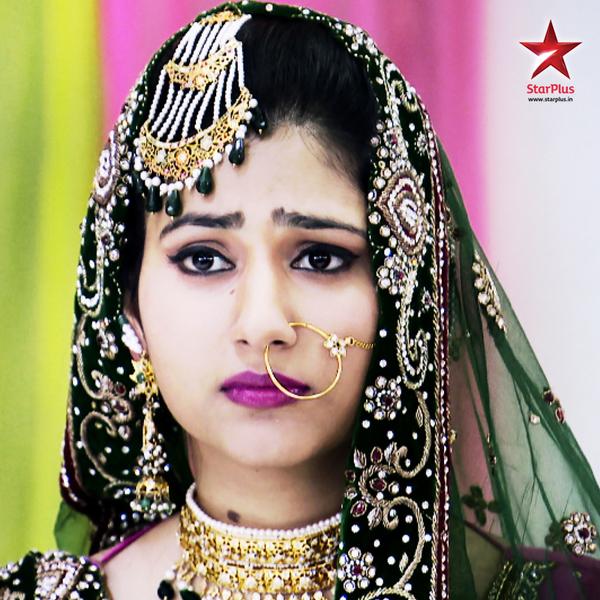 Finally, Adi and Ayesha got married the legal way. But a storm entered their lives in the form of Avantika, who created a big banging drama in the Diwaan Mansion, knowing Adi did not wait for her and was desperate to marry Ayesha. She yells on Adi and Ayesha for going against her and she will never accept this marriage. She says she won’t accept Ayesha as Adi’s wife and the daughter in law of Diwaan Family. She makes it clear to them that till Ayesha is in Adi’s life, he will never be happy, even if he fools them by pretending to be happy.

She says Adi married her just to keep Pankhudi’s face infront of his eyes, as he always loved Pankhudi and can’t see her away. Adi clears out that he has accepted the fact that Pankhudi is dead and has married Ayesha, just to give her social status and respect which a married woman gets. He wants to let her fly high fulfilling her dreams, being free from all taunts of the society and get happiness on her own terms. Avantika holds Ayesha responsible for breaking her family just the moment she married Adi. She says Ayesha is completely opposite of Pankhudi, as the latter used to keep the family united.

Ayesha is disheartened by Avantika’s anger and Adi supports her. Adi asks her to give him some time, till he makes Avantika agree for this relation. He tells her that Avantika has a golden heart, its just that she loves Pankhudi a lot and can’t give her place to anyone. Even that’s the case with him. He clears to Ayesha that though he married her, but won’t be able to give her the rights of a wife. Ayesha too decides that she will always be loyal in this marriage and will give her best to keep up the relation and win Adi’s heart one day, by her sincerity and goodness. She does not want to take Pankhudi’s place but create a new one for herself. Let’s see how long it takes for them to unite!! Keep reading.