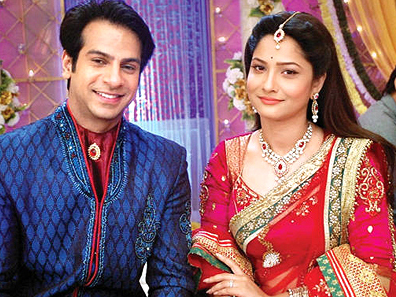 After Naren gets well. He doesn’t recognize his wife Ankita shocking her. He just recognizes Pari whom he calls Ahana. She was his lover in London and because of whom he got mad. Naren’s mom Rushaali asks Ankita to leave from Naren’s life if she truly loves Naren. Ankita refuses to live without Naren. Rushaali emotionally blackmails her. One day she gets an opportunity and takes Ankita’s signatures on some papers. Ankita thinks she is signing on hospital bills, unaware of Rushaali’s actual plan. Later it was revealed that Rushaali took her signatures on contract marriage papers. It was written in the contract that Ankita and Naren’s marriage will be null and void once Naren gets fine. Pari was unsure to marry Naren as he was already married to Ankita. Ankita asks them to get married as they love each other. She tells them that she loves someone else.

Ankita hides her pregnancy from everyone. Mansi comes to know about her pregnancy and goes to talk to Naren. Pari stops her and brainwashes Mansi that Ankita’s child is of Shashank’s. Mansi gets shocked and believes on Pari’s words. She confronts Ankita. Ankita gets hurt by her sister’s heart wrenching accusations and slaps her hard. She confesses to have been carrying Naren’s child and says she moves out of his life as he loves Pari. She doesn’t want him to stay with her forcibly because of the child. She wants to see him happy with Pari. Ankita informs her that Shashank loves her truly and Mansi doesn’t deserve his love. She breaks the truth that Mansi is carrying Raunaq’s child. Mansi gets shocked and ashamed to have doubted her husband and sister.

Deshmukh’s comes to know that Ankita is Soham’s daughter. Soham puts a condition infront of them to get Ankita married to Naren. They get shocked and refuses to accept his condition. They go ahead with the marriage shocking Soham. Soham comes to halt the marriage. Ankita asks him to let Naren marry Pari. Neena badmouths about Ankita and informs everyone that Ankita is carrying Shashank’s child. Soham asks Ankita to tell the truth. Ankita tells him that she is carrying someone else child and he left her. Soham couldn’t believe her. Archana asks Ankita about the same. Ankita breaks down and tells her that she is indeed pregnant with Naren’s child and doesn’t want to be a hurdle in his happiness. She goes from their lives. She goes to Pune hospital to stay there until her delivery. Some neighbours badmouth about Ankita and insults Soham. Archana couldn’t take it any longer and tells them that Ankita is carrying Naren’s child and not anyone else.

Soham gets shocked and goes to Karmarkar’s house with the police. He gets Naren arrested for leaving his daughter in pregnant state. Rushaali shows the contract papers to the police and says the child is not Naren’s. Shashank suggests the DNA test and takes Police to the Pune hospital. Ankita leaves the hospital after talking to Pari. Pari offers to leave Naren if Ankita is carrying his child. Ankita asks her to be happy with Naren and promises to go away from their life. She boards the train leaving behind a letter for Soham requesting him not to blame Naren for her condition. Naren comes to the railway station and offers to help her whenever she needs him. Ankita wishes him best and leaves.

She goes to banaras and searches for a place to stay. She meets Ranvijay’s daughter. She faints because of hunger. Ranvijay takes her to the hospital and gets her treated. His daughter asks him to take Ankita home. Ranvijay agrees to her daughter’s sayings. While on Naren and Pari’s part. They go on their honeymoon. Naren gets flashes of Ankita often. Naren gets restless and thinks although he got well but missing something or someone very precious to him. He wonders why he is thinking something is amiss in his life. A new chapter will unfold in Ankita’s life as Ranvijay will be seen opposite her after the leap which is probably going to happen. What will happen when Naren gets to know about his love for Ankita. Will he get back to Ankita leaving Pari. Keep reading..