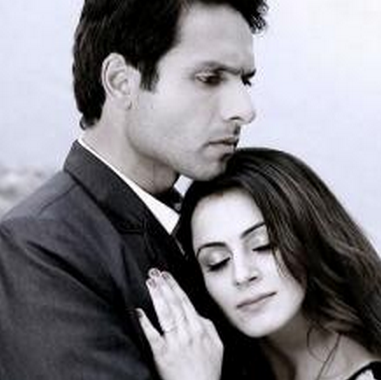 We have earlier written about the accident of Anshuman’s car, wherein Aryaman and Ayaan too got hurt with him. They three were rushed to the hospital. While Ayaan was safe, Aryaman and Anshuman were damn serious. Anshuman took Pakhi’s name in the operation theatre and the doctors could not inform her as his phone was not with him. But the inspector got Aryaman’s phone and called Suman, his girlfriend. Suman comes there and sees Aryaman and Anshuman critical. She thinks it does not matter if Anshuman dies, bur its important that Aryaman survives. She plans a good life with him and wanted him to get the ransom from Rathores by kidnapping Ayaan, so that they get rid of all tensions, but seeing the plan backfired, she gets in the field to do the work herself.

She goes to Rathore Mansion to meet Anshuman for taking charity and gets some goons, who cuts the power line and they take advantage of the darkness and kidnap Pakhi. She leaves with Pakhi and thinks to demand the ransom now. Pakhi’s Bhaisa and Bhabhisa come to meet her, as its festive time. They are glad seeing Anuja and go to Pakhi’s room to give her a surprise. They all do not understand where did Pakhi go without informing them and get worried. Girish constantly calls Aryaman and the inspector tells him about the accident of Anshuman’s car, where three people got injured. Girish tells Anuja that they have to rush to the hospital. Anuja is broken seeing her sons critical. What will be the new twist of Anshuman’s death bring in for the viewers? Will Suman pose to be more dangerous for the family? Keep reading.