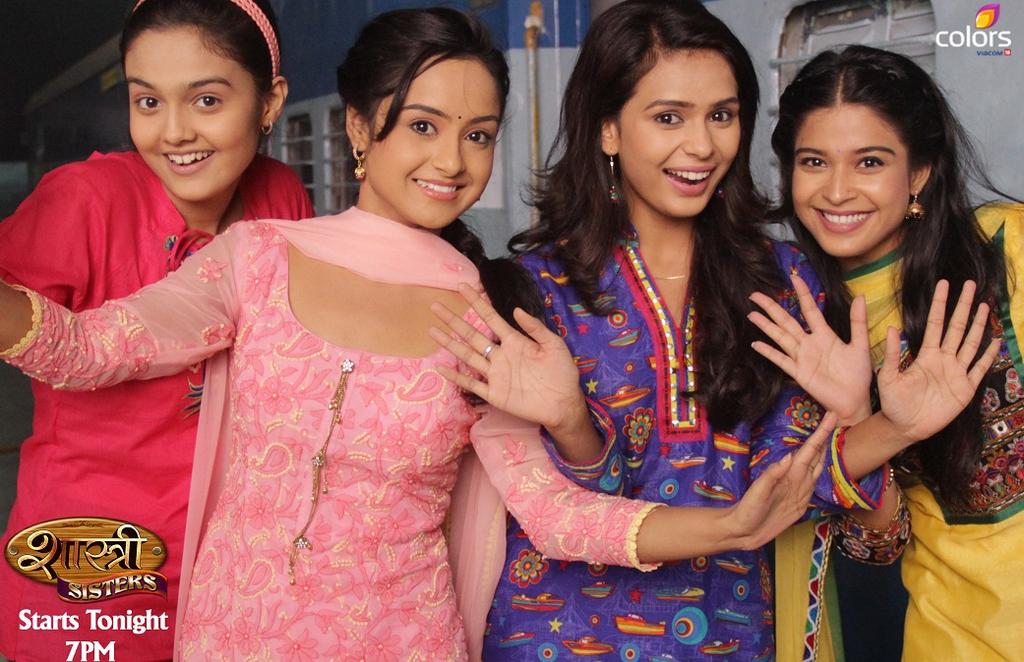 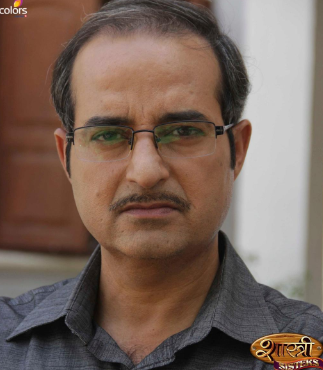 The show is about the journey of four sisters, as they migrate from their birth city Kanpur to Delhi. They have lots of memoires attached to their old house, which they are leaving now. They were born there, their mum took her last breath in that house, and that house has all their childhood memories. They remember how their dad did their upbringing single handed, and just took some help from their neighbor aunty, who is close to them. Narayan Shastri ji has always denied to accept his transfer, and also lost the promotion with it, but this time, he could not stop his transfer and has to go Delhi. He is promoted and his colleague asks him to accept the transfer and promotion, as he has four daughters and their marriage responsibility is high. Shastri ji comes home and informs his daughters that he could not stop the transfer and they better start packing. 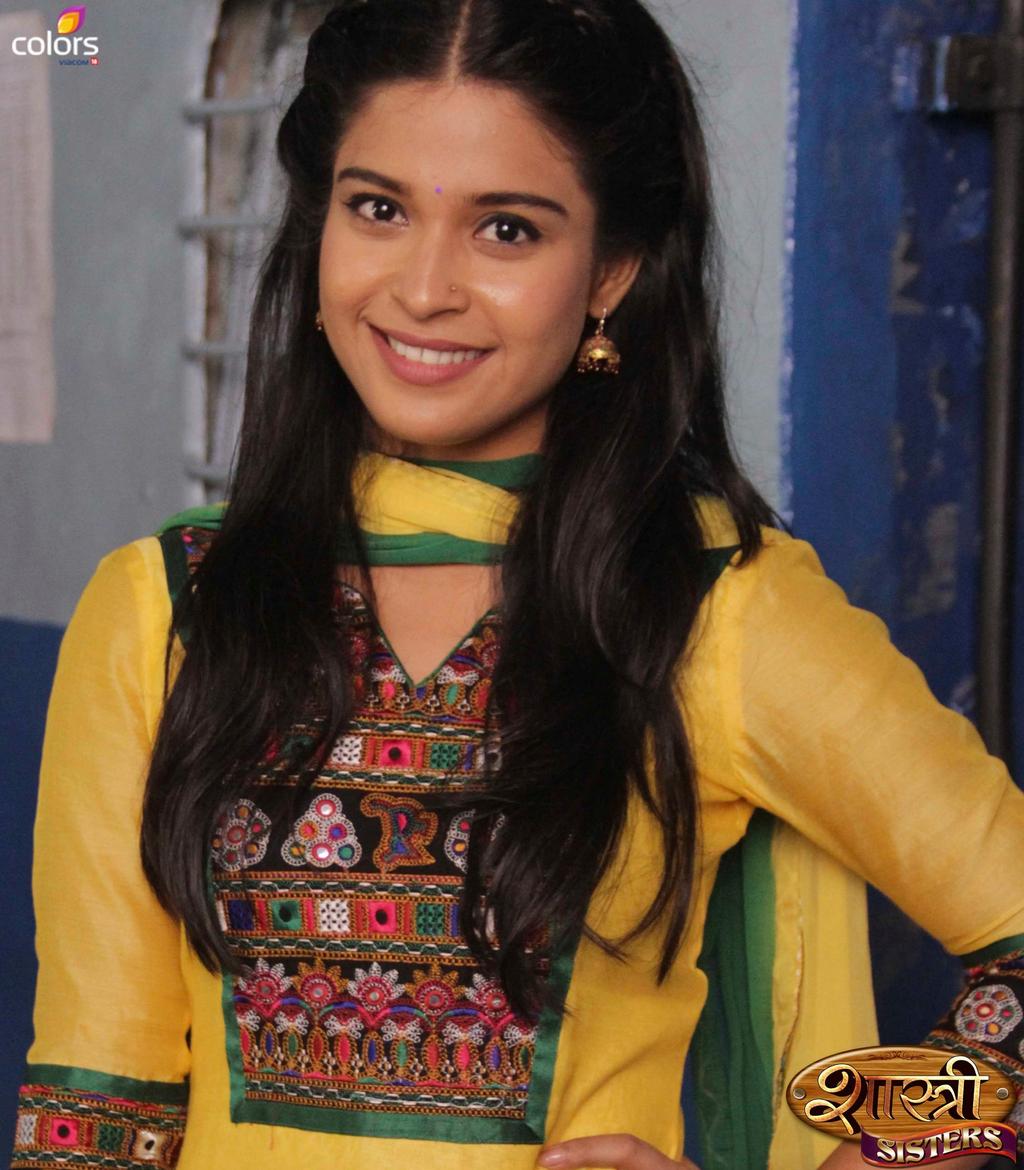 The girls are very supportive and love their dad a lot. Starting with the eldest one, Alka is a total filmi type, assuming her life will take an upside turn when she gets the prince of her dreams. She is very looks-conscious and wants to look good even in her sleep. She keeps on comparing herself with the heroines and her life with any film. She has her big support in her neighbor Rani Bhabhi, and Rani is helping her out in meeting her lover Rajeev. Alka meets Rajeev at Rani’s house, where he tells her that he loves her from the bottom of his heart and since the time she used to buy grocery from his shop, and he used to put extra chocolates along, only for her. Alka too likes him, but it does not seem to be serious love, as they seem to be kiddish and infatuated. Rajeev looks like a filmi character, who simply wants his love by blackmailing her to admit her love or he will never let a minute pass and cut his vein. Alka stops him and says she too loves him. Rajeev asks her to meet him at night. She goes out to meet him, after Shastri ji leaves for Delhi. She meets Rajeev and tells him that their love story is ending before it started, as they are shifting to Delhi. Rajeev is heart broken and leaves annoyed, saying he won’t meet her again. Alka feels the moment of losing her love forever. 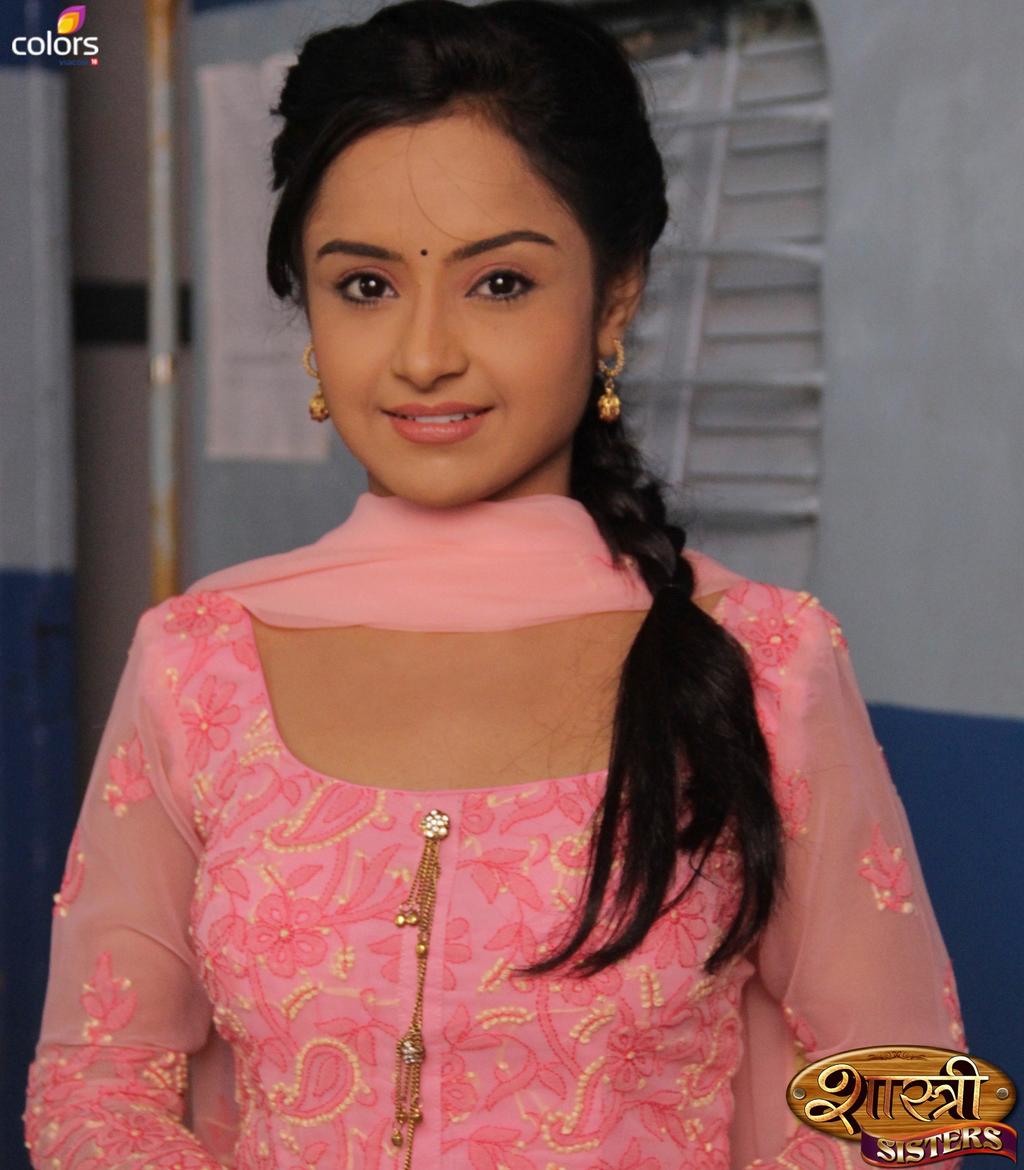 The second sister Anushka, is a homely perfect bahu material. She is sweet, loving, respecting elders, and balancing things with her only weapon, that’s her touching speech. Her neighbor aunty comes to take the toaster which she has lent to them. Anushka thanks her for it and tells her that she is done with all the packing of kitchen utilities, while the aunty tries to peep in the kitchen to lay her hands if anything is left. Nevertheless, Anushka is really a heart winner and knows how to balance their elder and younger sisters. 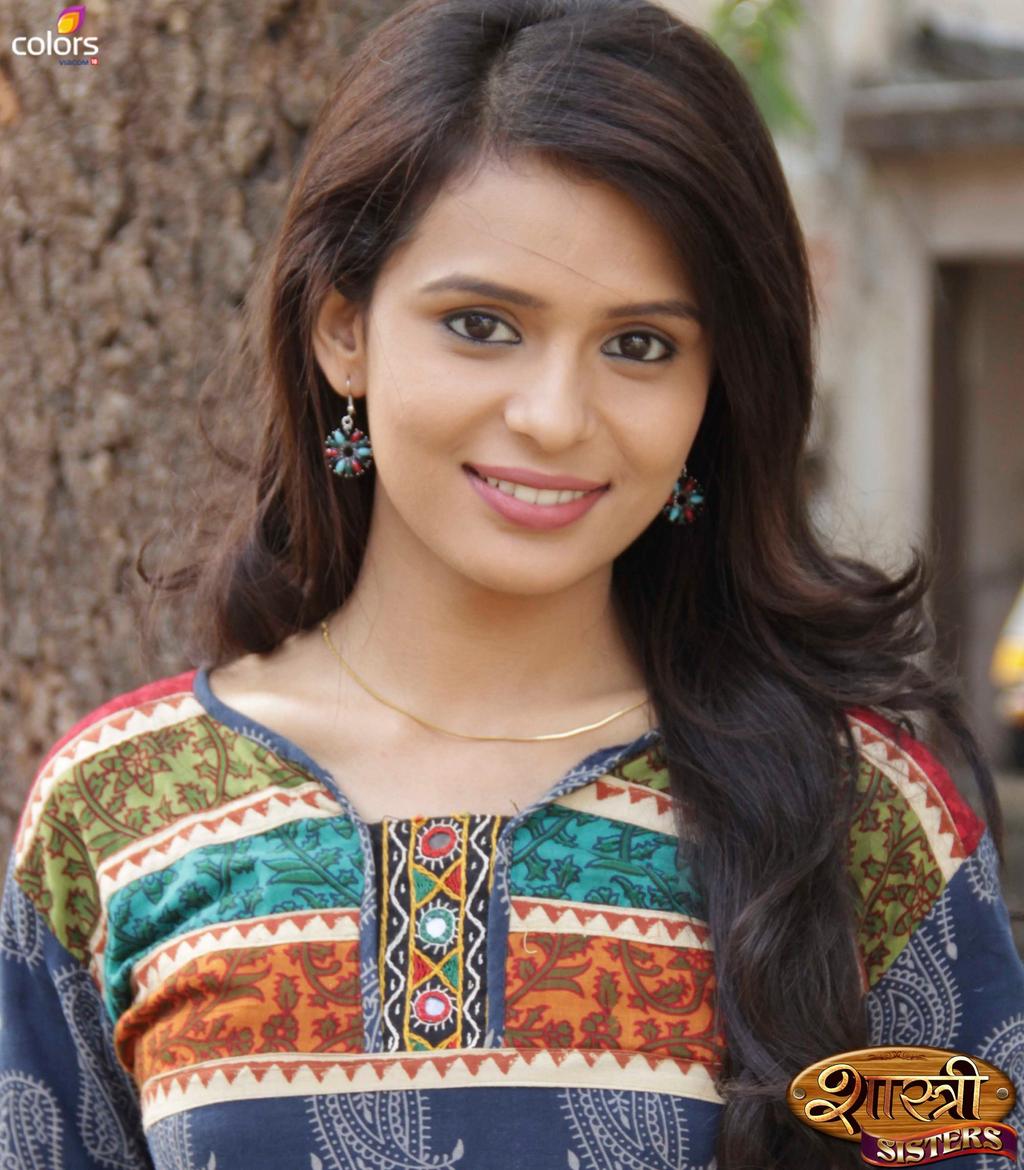 The third sister Devyaani is really beautiful and a real charmer. She already has a guy Pappu drooling over her, flirting all the time, and sticking to her to carry her bag. Pappu is the one who is shown in the first scene taking the recording of neighborhood of what they feel about Shastri family leaving Kanpur. He gifts the camera and the recording CD as a farewell gift to Devyaani. The sisters see the video and are glad seeing so many people loving them and talking about they have managed their house alone, post their mum’s death. Devyaani asks Anushka to worry for Delhi people as she is going to take over them by her smartness, boldness and all her big dreams. 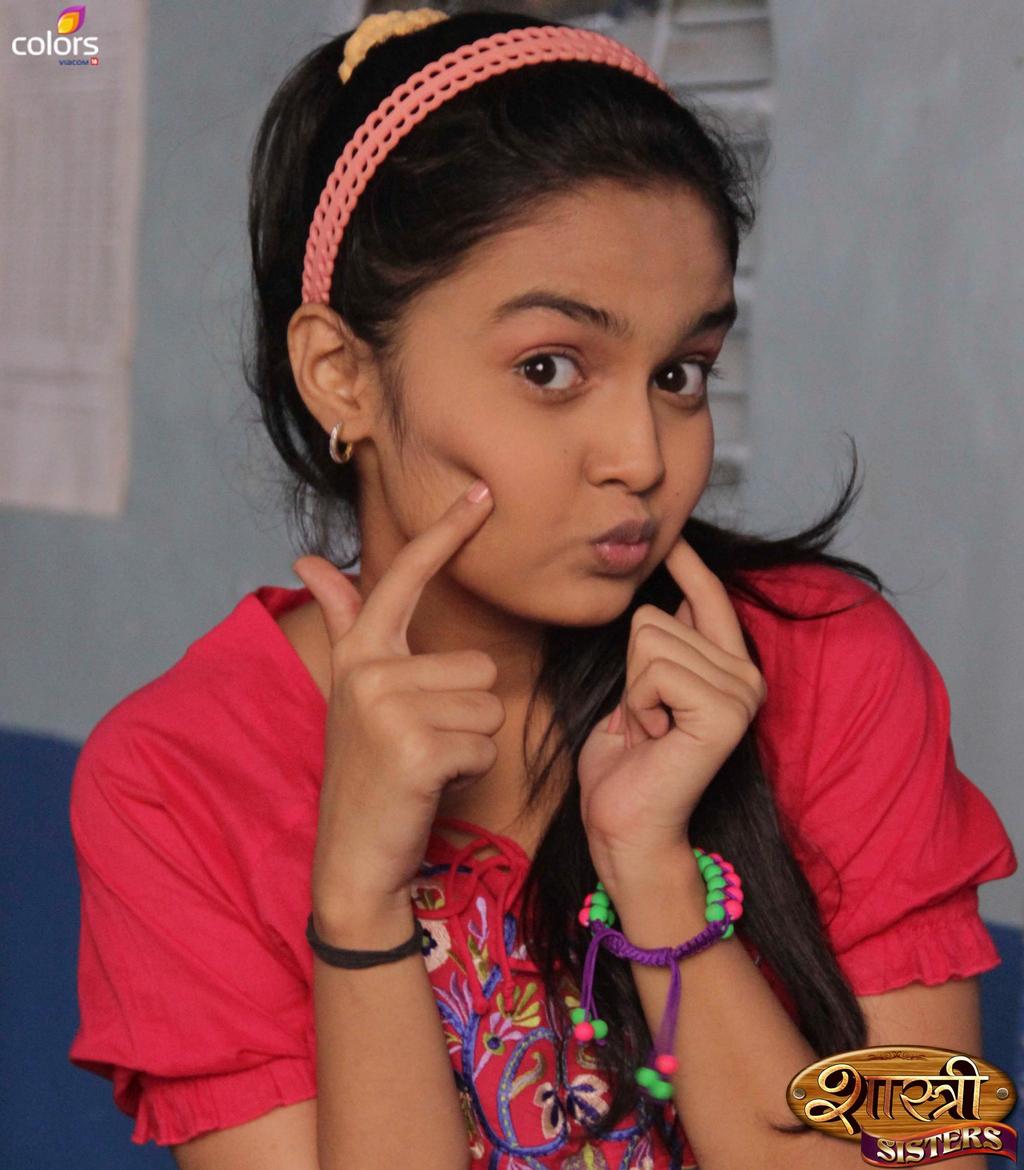 The fourth and youngest of all, Peeya, looks a darling of all of them. They pamper her a lot and never let her grow. Peeya is very attached to the house and tells them that she won’t go from Kanpur and this home. Even Alka wants to stay back for Rajeev and supports Peeya, but knowing that their dad already left and they has to go anyhow, they become firm in their decision and support each other by a lovely group hug. Shastri ji sends their tickets and asks them to board the train. Pappu becomes their helper to impress Devyaani. Alka finds Rajeev outside her home in morning and seeing him so upset, she gets worried thinking Rajeev can harm himself, if she goes away from him and runs to meet him. Everyone at the train station wait for her, as the train is about to leave in few mins. Let’s see how Alka manages her family and her hyped love. And we have to witness sisters’ arrival in Delhi. As for now, we can’t judge any show by its first episode, but this show really looks rocking, having seen its detailed characterization, its gripping story and good actors. Keep reading.