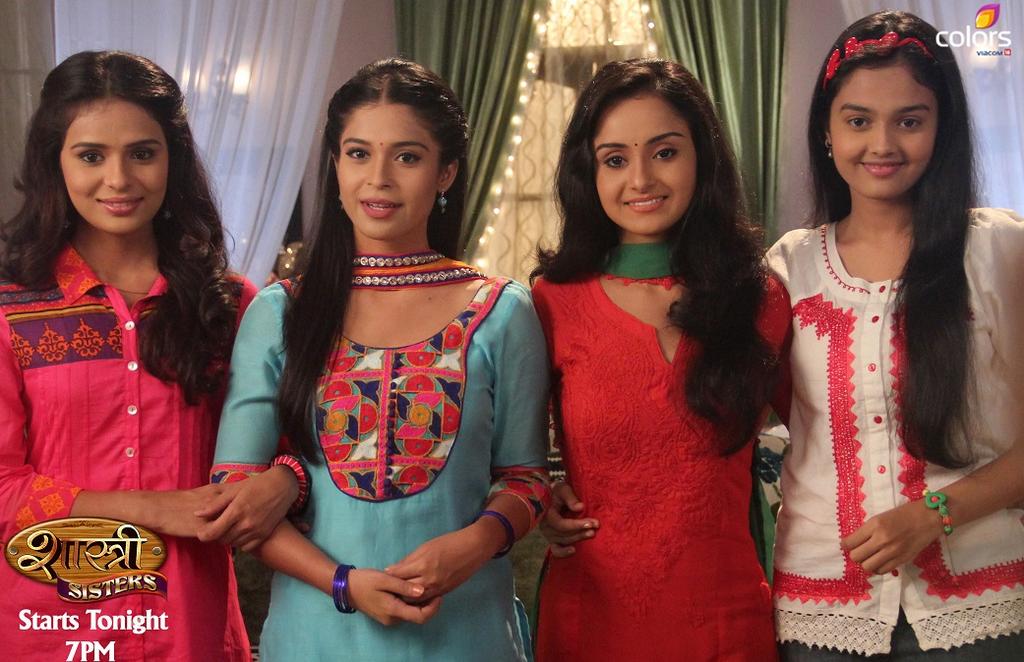 Taking you down the lane of the whole week episodes of the show, lets brief up before writing the upcoming track. The Shastri Sisters stay in Shastri ji’s friend Sareen’s house in Delhi, where his wife is not so keen to keep them, but agrees on Sareen’s insistence. Sareen’s son is the same guy who met them in the train and Devyaani misunderstood him for misbehaving with Peeya. They gave a wrong image about Neil and fight with him again meeting him in Sareen’s house. Neil is a good guy by heart, with all teen’s problems, like less pocket money and many friends to ask for a party. He takes his friends to his terrace and they have a beer party. Anushka sees them and thinks they are thieves. She shouts so loud and gathers the entire neighborhood.

Sareen catches Neil with beer bottles and fumes on him insulting him to the core. Neil holds Shastri girls responsible for this. Anushka apologizes to him the next morning, but he steals her certificates to trouble her, knowing its last day of certificates deposition today at the college, else they won’t get the admission. Devyaani and Anushka go to the counter to submit their certificates and Anushka is shocked as her certificates are missing. Devyaani asks her to go back home and search for them. Anushka rushes back home. Alka is madly in love with Rajeev and goes on to talk to him, leaving Peeya at a shop. Peeya waits for a long time, while Alka is talking to Rajeev, asking him to believe her love and that she is unhappy without him.

Rajeev takes her good class and asks her to find someone in Delhi. Alka gets annoyed and ends the call. She comes back to the shop, but does not get Peeya. Peeya looks for Alka on the roads and gets lost in the market. Alka gets tensed and both the sisters try reaching each other. A guy asks Peeya to come with him and he will drop her to her home. Alka calls up Anushka and tells her about Peeya gone missing. Anushka is tensed and leaves aside the certificates problem, to look for Peeya. Where will the guy take Peeya? Will she get in any big problem? Will the sisters find her? Keep reading.