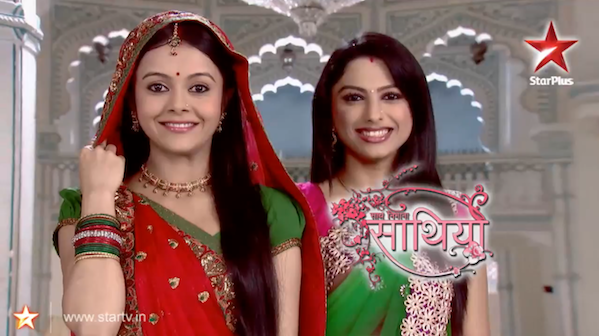 Let’s clarify the title first. We mentioned Rashi as bouncy, as she has goodness and naughtiness in her. She bounces on Gopi, Kokila and Urmila’s words, not thinking on her own. She gets good for some time and also gets stupid coming in Urmila’s Kalakaari. Her character was much loved by everyone, as she was very bubbly, smart and full of energy. Well, we have seen how Rashi became positive in Gopi’s absence in the house and took care of the Radha chapter very well, but acting smart and getting her arrested by the police. Rashi has many feathers in her cap, but soon the sweet wife of Jigar, who have done some romancing with him in last few episodes, will be dying in the show.

Anurag is mad about Gopi and the pencil box secret reveals to Rashi, as she sees Gopi’s pic in the pencil box and comes to know about Anurag being crazy about Gopi. She tries to alert Gopi. Gopi fumes on Anurag for having such a bad sight for her and slaps him. An angry Anurag kidnaps her and takes her somewhere to get married to her forcibly. Rashi reaches the spot following him and gets her hands on him to save Gopi from the psycho Anurag. She saves Gopi and Anurag gets in a rage and shoots at Rashi. Will Rashi’s character end with this final adieu scene breaking Jigar’s heart and taking away Tolu Molu’s mum? The family reaches there knowing about Anuraj’s mad doing and are shocked to see Rashi shot. We will surely miss Rashi in the show. Keep reading.