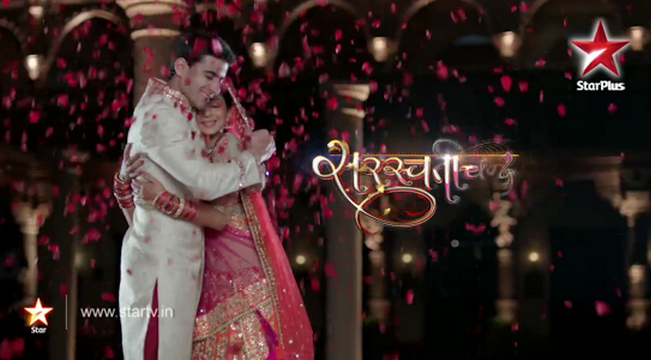 By some circumstance, Saras will be coming face to face with his mum Saraswati, whom he has seen while he was very small and thought she committed suicide and died. But the twist in the tale comes to him by the fact that Saraswati did not commit suicide, but she was going to be killed by Ghuman. Saraswati and her son Saras were about to get killed, but Saraswati protected Saras and had been hit in the process, where she lost her mental balance and is still living in her past, about 20-25 years back. She still has the same Saras image in her mind and does not identify Saras now. Saras brings her home happily and tells the family about her mental state.

Saraswati remembers the people she knew in her past, especially Badimaa. Desai family is very happy. Kabir who has never seen his mum before, is really glad and wants to give her much love. Saraswati does not remember Kabir. Saras asks Kabir to be relate to Saraswati by giving her some time. Saras and Kumud try to give Saraswati a better life as she has been living a bad life, being far from her family and lonely. Let’s see what will be Laxminandan’s reaction knowing his first wife has come back, and whom he has treated so bad because of Ghuman.

Will Ghuman take any step against Saraswati now? Saras has a tough task ahead, as he has to bring his mum out of her past and make her equate with the present where she has a blooming family to look after. We know how much Saras loves her, as he kept his name SaraswatiChandra adding her name Saraswati to his name Chandra, as he always wanted his mum to be with him. We have seen him in starting episodes, how he used to do puja infront of her pic and remember her. Saras got a Lord’s touch in his mum Saraswati and we wish the show has some good moments between the mum and son. Vyas brothers really need a mum’s love, as they are very deserving. Keep reading.